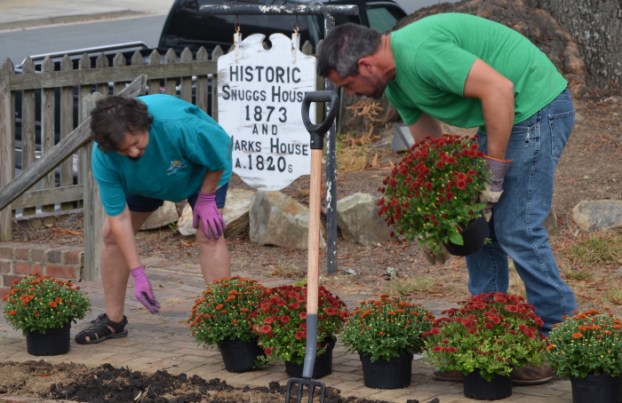 The Stanly County Historical Society and the County are in discussions to establish a private-public partnership to control two of the historic houses in Albemarle.

The county is planning to give up ownership of the Snuggs House, located at 112 N. Third St. and built in 1852, and the Freeman-Marks House, located behind the Snuggs House and the oldest public building still standing in Albemarle. The historical society would own the houses, both of which are listed on the National Register of Historic Places.

County Manager Andy Lucas said that while maintaining the historical houses are a lower priority for the county compared with other needs like health and human services, public safety and education, it is the No. 1 priority for the Historical Society.

If there’s a way the county and the historical society “can work together to ensure that those homes are preserved and they are prioritized and given the attention that they need, why not work to do that?” Lucas said.

Kent Harkey, the president of the Historical Society, issued a statement about negotiations with the County.

“Following the initial meeting with Mr. Lucas where he informed us of the county commissioners’ intent, the Stanly County Historical Society Board of Directors conducted due diligence with in-depth analysis to determine if the Society has the financial stability to be the sole steward of the historic house museums,” Harkey wrote. “We are in current negotiations with Mr. Lucas and the county commissioners concerning the future of the historic properties.”

The idea first came up during one of the commissioners’ budget workshop sessions in the summer.

Though the county would still provide financial assistance, Lucas said the Historical Society could better maintain the houses.

Lucas said there has been “very good dialogue” between the County and the members of the society about working together to preserve the houses.

Lucas will present a plan to the commissioners in closed session during their Monday meeting. The Historical Society has already approved of the plan, he said.

If the commissioners approve the plan during the closed session, Lucas said, they would then likely publicly take action during the meeting Oct. 21.

The Stanly County Health Department reports that cyanobacteria has been found in Tuckertown Lake after routine testing by Division of... read more