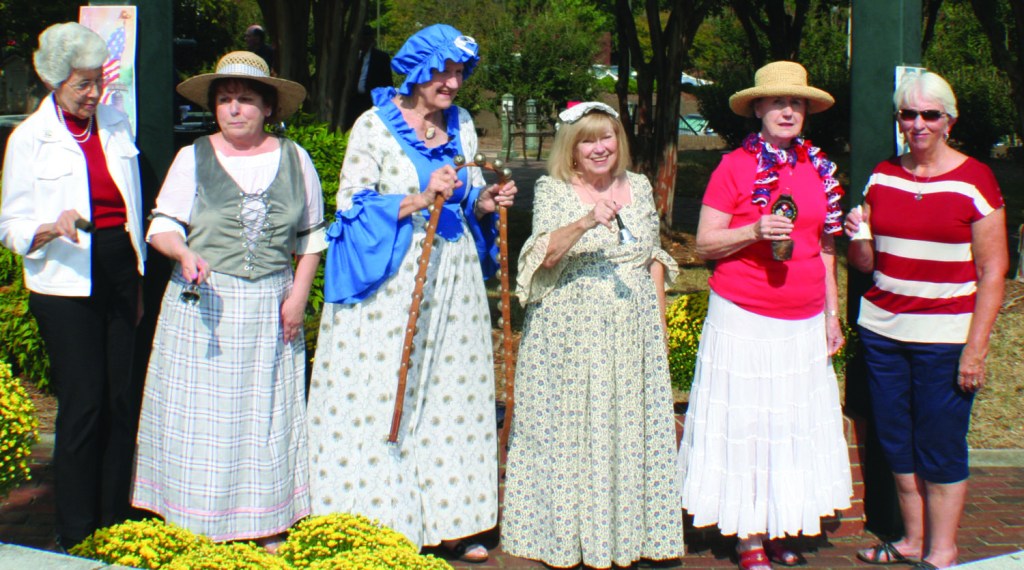 At the national level, the Daughters of the American Revolution was founded in October 1890 in Washington D.C.

Its purpose is to promote historic preservation, education and patriotism. The organization recognizes its members as descendants of a patriot of the American Revolution.

On Sept. 26, 1919, nearly 50 women met at the home of textile executive John Efird with the purpose of forming a D.A.R. chapter in Albemarle. The women, guided by several representatives from the state level, held a meeting. Effie Turner was appointed the organizing regent and several others were chosen for the executive board.

It is not clear when the members chose the name Yadkin River Patriots Chapter. If it wasn’t at this organizing meeting it was at least, according to local newspaper accounts, by early the following year.

The name was chosen due to the efforts of early local area patriots, such as Howell Parker, who lived in the New London area.

The Yadkin River Patriots Chapter of the Daughters of the American Revolution will have a 100th anniversary celebration Saturday.

Descendants of the charter members have been invited to attend this event along with the members of the Colson’s Mill Chapter, N.C. Society Sons of the American Revolution.