Editor’s Note: The following column is in honor of the 79th annual National Newspaper Week — Oct. 6 to Oct. 12 — a recognition of the service of newspapers and their employees across North America.

Freedom of the press, of speech, of religion, of assembly and to petition the government are woven, like stars in the flag, into the fabric of the First Amendment.

The blood of patriots is the seed of the Republic. The founders and those who followed in their footsteps invested their lives in this country. 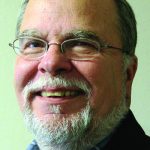 They assured there would be freedom of religion, and from religion, so the government could neither bless nor ban what anyone believes, as occurs under radical theocracies and communist regimes.

The founders secured freedom of speech, to assemble and to petition the government to redress grievances, which is denied by China, North Korea, Saudi Arabia and others that fear opposition.

They also created one freedom that binds and protects all others, and has done so from before the founding of the republic — freedom of the press.

More than four decades prior to the day when Congress ratified the Constitution, colonial printer John Peter Zenger in 1733 began to publish scathing-but-true stories about the misdeeds of New York’s haughty royal governor.

Zenger languished in prison for nearly 10 months for the crime of truth telling about a politician. But Zenger and his attorney made jurors understand a new concept — truth is a defense — and Zenger went free.

Shielded by truth, journalists for nearly three centuries have been free to jab their pens at those who threaten the First Amendment.

There are myriad examples involving religion alone. They include news reports about Congress trying to disenfranchise Mormons in the late 1880s and extend to modern times and the painful recognition that even vile speech, such as that practiced by Westboro Baptist Church, must be permitted as a religious liberty.

Journalists help keep us free to question, learn and disagree.

Now, as in the beginning, freedom of the press abides in the courage of men and women who report the news, whether those reports arise from between white columns in Washington, D.C., or beside the fountain at Lions Lake in Washington, Mo.

A reporter’s work is often more routine than grandiose. On most days, reporters gather police and fire statistics. They report on the scandal de jour and the zoning board meeting and they describe a range of human experiences, from a walk through a conservatory alive with iridescent blue morpho butterflies to a father and daughter found drowned on the Rio Grande’s muddy banks.

But not all journalists complete routine days. A bullet killed Ernie Pyle in a safe zone on Ie Shima during World War II. He is one of many reporters who died to bring the public truth about war.

Last year, in Annapolis, Md., a man who rejected having his criminal record reported walked into The Capital Gazette and killed five employees. Routine days are not guaranteed.

Seasoned reporters understand the importance of safeguarding the First Amendment. They know, also, that though telling the truth is made more difficult in these topsy-turvy times — when truth is flippantly called “lies” and lies are defended as truth — if they do not do their duty, then no one will.

From time to time, explosions of criticism and unfettered hate may around them rage, but because reporters are loyal to the duties of a free press, including to challenge government leaders and policies, each of the First Amendment freedoms continues to wave like stripes in a flag emerging in the dawn’s early light.

Jack “Miles” Ventimiglia is executive editor of The Richmond Daily News and The Excelsior Springs Daily Standard. For nearly 40 years, he has worked as a print reporter and editor at dailies and weeklies in Illinois, Kansas and Missouri. He is a former member of the Missouri Press Association Board of Directors and has served on numerous press committees.