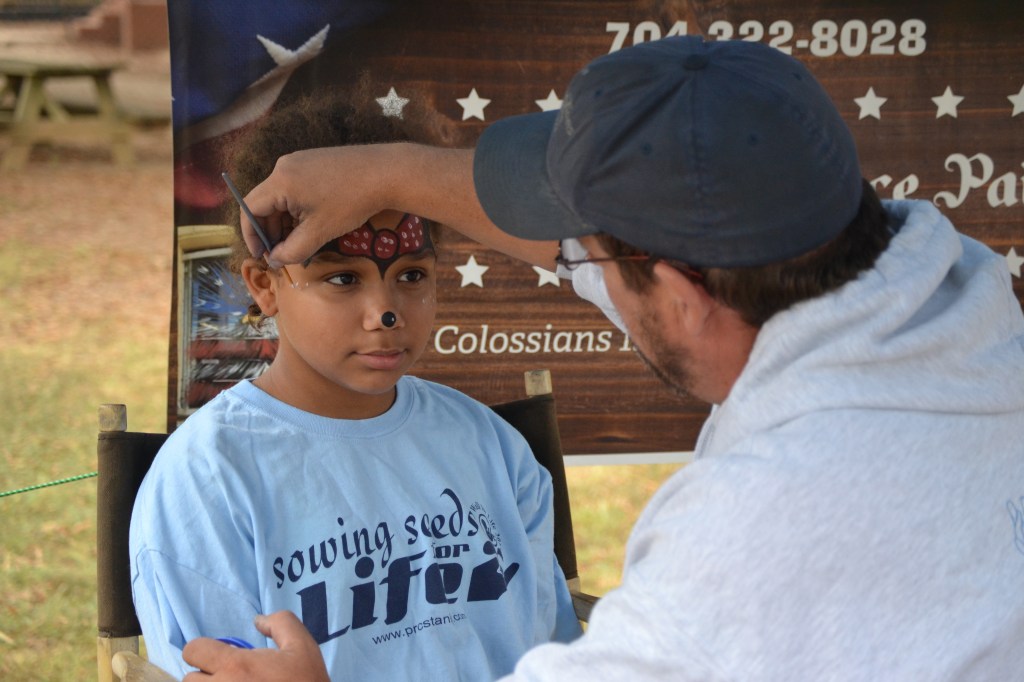 On a cool day that finally felt like fall, people from all around Stanly County gathered at the YMCA Pavilion Saturday for the annual Comm-Unity Night Out.

Created in 2012 and modeled after National Night Out, the event is a community-building campaign that allows the police to interact and get to know the people they work to protect each day. The event ran from 4 p.m. until 7 p.m.

The event was sponsored by Albemarle Police Department and Safe Kids of Stanly County.

“It’s an opportunity that we can get with the community on good terms, no turmoil, and interact in a positive way,” Albemarle Police Chief David Dulin said.

Officers and other emergency responders helped run the games, serve up burgers and hot dogs and help with activities.

Albemarle Assistant Police Chief Jesse Huneycutt said the event is all about community relations with the public and the police.

“It’s a love-hate relationship a lot of times with the police and the community and it’s a give and take thing on both ends,” he said. “We’re all humans.”

Kids enjoyed having their face painted, eating flavored freeze pops and playing in the giant inflatables — as well as interacting with the officers. Several kids also danced to the songs played by DJ Chris Peoples.

Many of the officers enjoyed talking to each other, playing cornhole and Jenga with the community and helping to cook burgers and hot dogs.

“It’s a great opportunity for families to come out here and have a good time,” Madison Carpenter, a Sheriff’s Office cadet, said.

She said she enjoyed the drunk driving simulator, where people put on vision impairment goggles and drove a small vehicle around orange cones, which represented people.

“We’re trying to reach people that we normally wouldn’t reach, some family members that wouldn’t come into our office so they can know what services we have,” Wendy Growcock, public health education specialist for the health department, said.

She was talking to people specifically about the dangers of vaping. 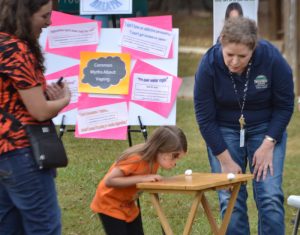 Lillie Blalock of Millingport blows a cotton ball off the table into a bucket as her mom Rosemary, left, and Wendy Growcock of the health department look on.

“It’s a great opportunity to meet people and make sure we can work together and build collaboration,” Arin Wilhelm, community engagement specialist for Cardinal Innovations, said.

He talked with people about mental health services and worked to build bonds with police officers.