Mann out at North Stanly 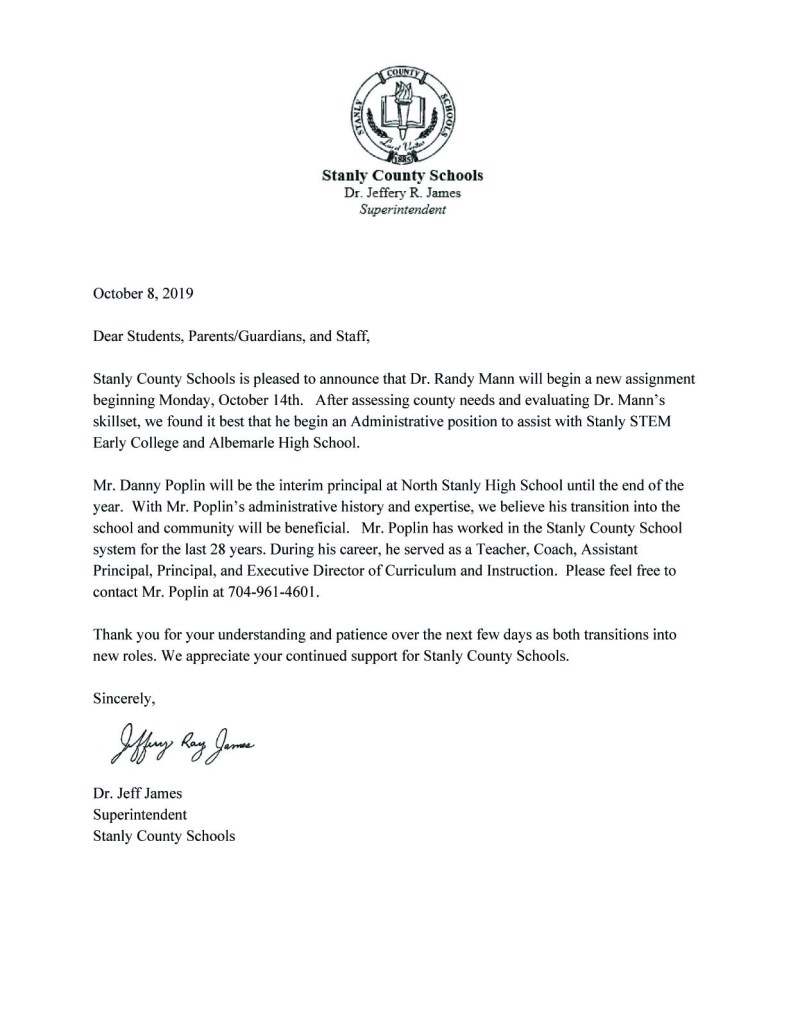 A copy of the letter sent out regarding Dr. Mann's reassignment.

Dr. Randy Mann will no longer be principal at North Stanly High School.

Effective Oct. 14, Mann will be reassigned to an administration position with Stanly STEM Early College and Albemarle High School, according to a letter from Superintendent Dr. Jeff James sent to students, parents and staff.

It was a “personnel decision to realign what’s best for kids and personnel,” James said by email.

SCS Director of Curriculum and Instruction Danny Poplin will be the interim principal until the end of the year. Before working in the central office, Poplin worked with the school system as a teacher, coach, assistant principal and principal. Poplin has worked for SCS for the last 28 years.

Mann had been principal at North Stanly since August 2018.