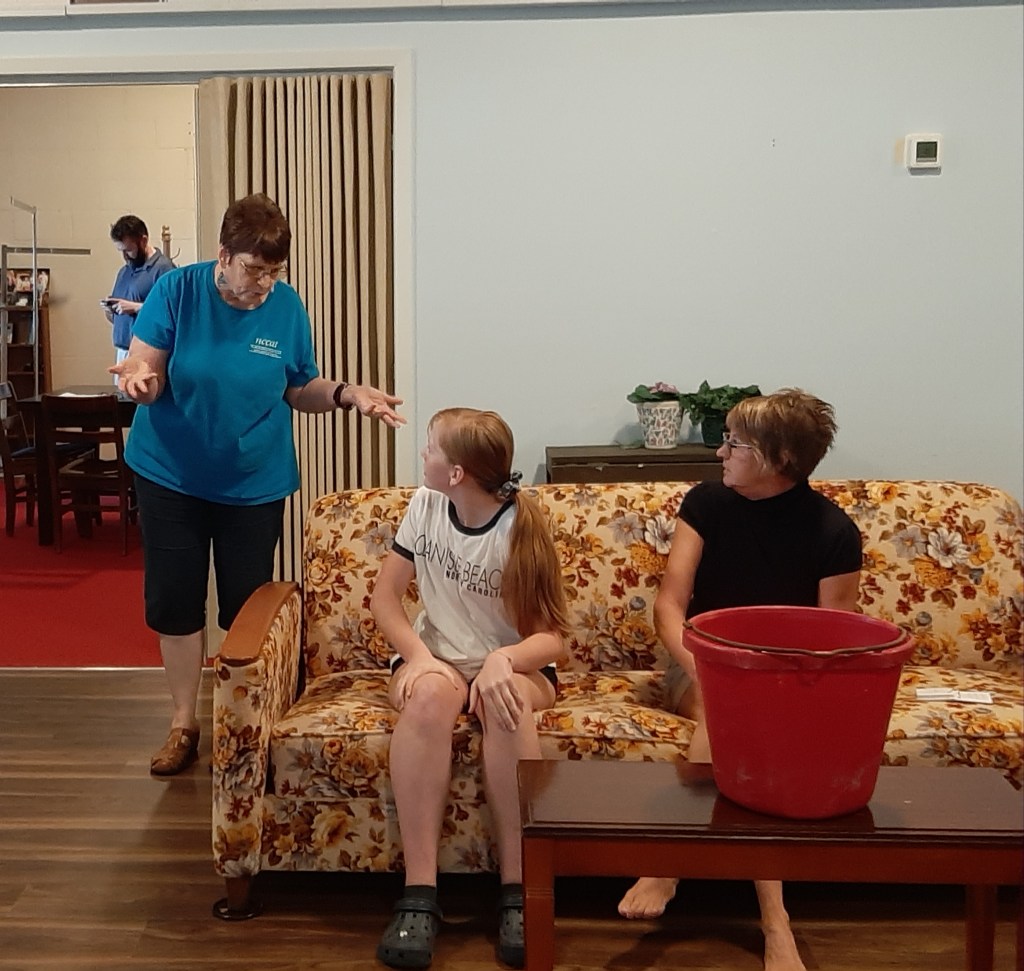 There will be a funeral in Stanly County — but don’t worry, it promises to be funny.

The Uwharrie Players are working on their next production, a comedy about family mishaps in “Let Him Sleep ‘Till It’s Time for His Funeral.”

The play centers around Marianne, a woman who decides to jokingly throw her husband John, who is worried about turning 50, a funeral party for his birthday. Somehow John catches on to his wife’s plans and believes she is planning his murder.

“So complete chaos ensues and the story just goes from there,” director Gina Clarke said.

What makes the play exciting and funny is while the characters are left floundering on stage with incomplete information, the audience is in on all of it, she said.

“He doesn’t know that she’s actually planning a party and she doesn’t know that he’s found all this information and so they’re both trying to keep their secrets,” Clarke said. “And, of course, that just keeps the ball rolling and it gets worse from there.”

The play was written by the novelist and playwright Peg Kehret.

Clarke said she had never heard of the play before she read the script. Once she did, she could not stop laughing.

“This play is probably one of the funniest I’ve read,” she said.

Clarke went back to re-read the play and still caught many funny bits she missed during the first reading.

With only six actors, the play is a lot smaller than “Chitty Chitty Bang Bang,” which was the last Uwharrie Players production.

With a much smaller play, besides being less stressful, Clarke said the actors are able to dive deeper into the characters. They can form a bond with one another quicker than with a larger production.

“These small intimate plays you can just really get into the story,” Clarke said.

The cast has been practicing since August.

The play, which is not set in a definitive physical location, is one Clarke believes will resonate with people.

“We can see a lot of people we may know in the story,” she said.

The character John reminds Clarke of her stepfather.

The small, intimate nature of the story also reminds Clarke of the play “On Golden Pond,” which, like “Let Him Sleep,” focuses on a couple concerned about time and getting older.

The play opens at 7:30 p.m. Thursday at the Badin Conference Center, followed by shows at the same time the following two nights. The show continues at the same time and location on Oct. 18 and Oct. 19 and at 3 p.m. Oct. 20.

Tickets can be purchased at First Bank locations throughout the county, along with Second Street Sundries and Starnes Jewelers.