The business owner, who has lived in Albemarle since 1998, has been involved with the schools since the early 2000s. As a county commissioner, he was a proponent of school consolidation. He said his outspoken support for consolidation is what helped get him voted out of elected office a few years ago.

Asciutto has recently been speaking at meetings to present data he received from the school system that shows student population has decreased in 17 of the last 19 school years.

“We have lost 882 high school students since the 2003-2004 year,” Asciutto said during a recent Albemarle City Council meeting. He pointed out that Albemarle High, which had 684 students in 2003-2004, has a current enrollment of 338 students. 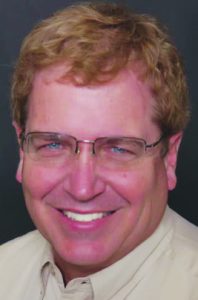 Asciutto said he plans to speak to all of the municipalities in the county about declining school attendance.

He said he has been a proponent of school consolidation ever since the school system closed a handful of schools a decade ago.

Since he opened Vac & Dash in 2004, Asciutto has been involved with the school system because it affects the economy of the county, especially when it comes to prospective employers looking to relocate to Stanly.

During the Albemarle meeting, while Asciutto was speaking before the council, Councilman Chris Bramlett acknowledged that one thing holding many businesses back from moving to the county is the school system.

“I was recently asked how many businesses had not located here because of the schools,” Bramlett said during the meeting, “and my reply was ‘all of them’ … because businesses check out an area — schools included — before they ever decide whether to consider relocating there. If what they find is negative, they will go somewhere else and we will never know that they once had considered us.”

Asciutto said the school system’s dwindling population has been talked about over the years. One of his biggest disappointments with elected officials has been their silence, he said.

“They have been in the same meetings I’ve been in with the Chamber of Commerce, with different community meetings and business meetings and they’ve heard the same information I’ve heard about our education system in Stanly County and yet when it comes down to voting on it or doing something about it, they remain silent,” he said. “They have the data and they know, but they choose to remain silent on the issue.”

He learned as a commissioner that the two things people get the angriest about is changing or altering schools and animal control issues.

As long as the student population continues to decrease, he believes school consolidation will become inevitable.

Asciutto has a plan for how consolidation could work.

He believes the school system should close two of the high schools and have the remaining students relocate to the other two schools, thus increasing enrollment numbers.

The two vacant high school buildings would be filled with either middle or elementary school students, which would increase capacity and allow the school system to shutter several of the older, vacated facilities, he said.

Operating older buildings is a waste of money, he said, but the biggest waste is the inefficiency of labor because the school system is operating too many schools.

Asciutto continues to speak out about school consolidation because he wants to educate the public. He believes presenting the data and numbers he has gathered can help override any emotional attachments people may have about the issue.

“It seems like the focus with the school board is always to keep the buildings open at all costs,” he said.

He said the real focus should be finding the best ways to educate the students.

Change is the only inevitability in life and nowhere is that more true than in the Miss America pageant world.... read more