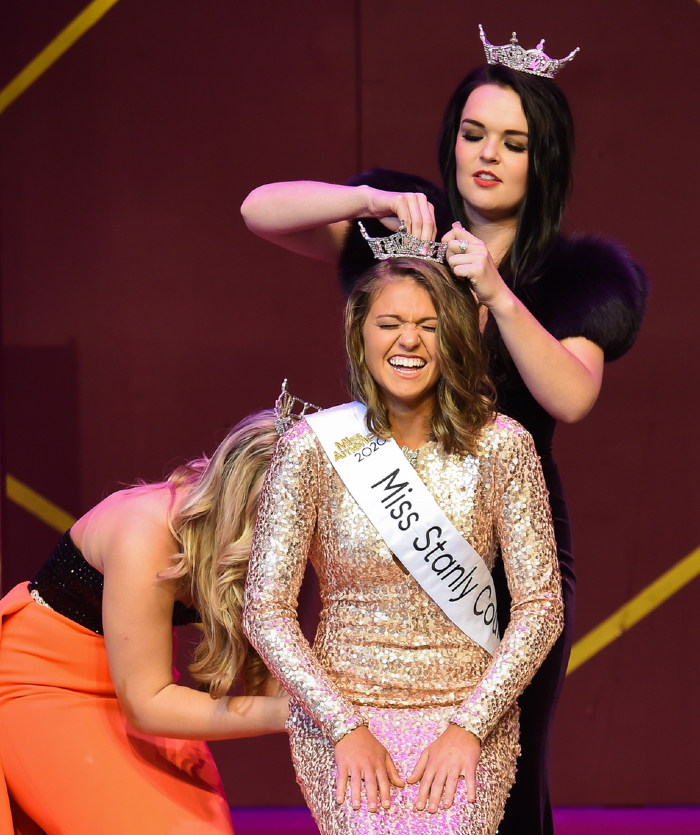 Change is the only inevitability in life and nowhere is that more true than in the Miss America pageant world.

After lots of hard work, young women across the nation get crowned, spend a year speaking to people in their communities and working on their specific platforms. But they inevitably have to relinquish their crowns.

Holding back tears after a year’s worth of memories, Lauren Egan, the 2019 Miss Stanly County, took her final walk along with her good friend, Cassidy Stoltenberg, 2019 Miss Stanly Outstanding Teen.

“It did not hit me until I was walking,” Egan said after the pageant about realizing her reign was coming to an end.

Egan, a Pfeiffer University graduate who works in medical sales, said the past year has “meant the world to her” as she has been able to help veterans in need across the state. Her platform was suicide awareness among veterans.

She has performed at 5K races in honor of veterans, has met with veterans at the W.G. (Bill) Hefner VA Medical Center in Salisbury and was selected by Gov. Roy Cooper to sing “God Bless The U.S.A.” during N.C. Armed Forces Day in Raleigh at the Governor’s Mansion May 17.

But on Saturday night, in her last role as Miss Stanly County, she placed the crown on the head of her successor, Karie Grace Shields.

Shields, who was first runner-up to Egan last year, received a $1,000 scholarship, crown and sash for her victory.

“I honestly was shocked,” Shields, a Pfeiffer sophomore said. “I really didn’t know what to expect. It was just a wonderful and joyful moment.”

Her goal for the next year is to work with the American Red Cross with disaster relief. She wants to help kids and spread the importance of disaster awareness through preparing emergency kits and informing people of what they should do after disasters hit.

During the talent portion of the pageant, Shields performed her rendition of the song “On my Own” from “Les Miserables.”

In the question session, emcee Wes Tucker asked her what was one thing in the nation’s news or politics that concerned her.

Shields said she was concerned about the current impeachment inquiry into President Donald Trump.

“We need to step back and look at all the things that are currently occurring and just make a decision,” she said.

The reigning Miss Outstanding Teen had some advice for the girls trying to become the next winner.

“Don’t let anybody change who you are,” Stoltenberg said.

“I’m so thankful that I had the opportunity to do this,” Sides said.

It was her first time competing in a pageant.

“I’m as shocked as anyone,” she said.

Sides plans to travel the county talking to students about the need to reduce bullying.

For her question, Tucker asked Sides what she thinks schools should do to increase school safety given the amount of mass shootings in public places. 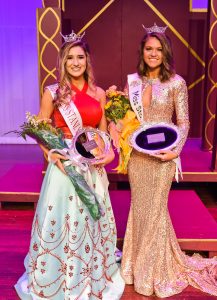 Gracie Hensley, a freshman at University of North Carolina at Greensboro, was named Miss Stanly County first runner-up and received a $300 scholarship.

The title of Miss Congeniality and a $100 scholarship went to Courtney Earnhardt.