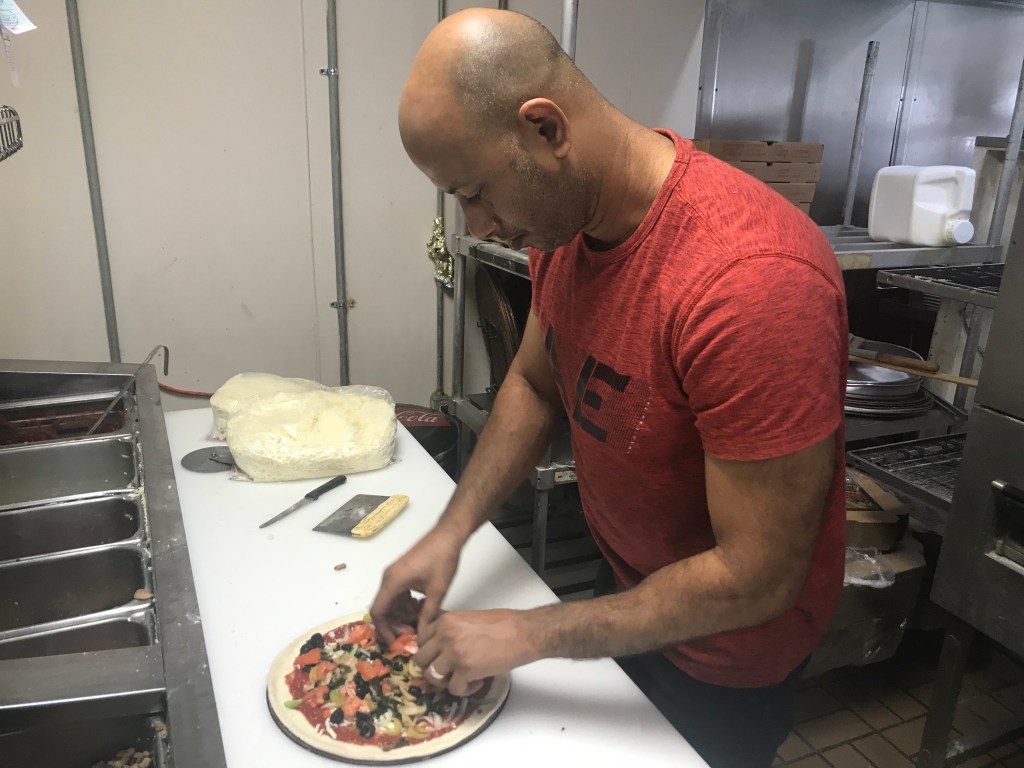 Customers are immediately hit with the essence of Italy when they first walk in Roma Pizza, with a giant picture of the famous canals in Venice looming.

Co-owner Iven Abraham wanted to be an international lawyer at the United Nations. He received his law degree, but once he was told he was too young to be a lawyer, he started working at a pizza place and realized he really liked it.

He opened his first restaurant, Pizza Boli, in uptown Washington, D.C. in 1984 and the rest is history. He has now been in the industry for 35 years and, aside from D.C., has owned pizza restaurants in Virginia, Maryland and Florida before coming to North Carolina several years ago.

For three years in the mid-1990s, Washingtonian magazine named Pizza Boli as the best pizza in the D.C. region, he said.

“We really boomed after this article,” he said. Eventually, though, his D.C.-area restaurants became too busy and he quickly grew tired and left.

Mag Gabr, co-owner, has owned and operated pizza restaurants in North Carolina since he first arrived in the state from New York in 2001. He currently owns New York Pizza in Kannapolis.

One of his pizza establishments in Lenoir was voted best sit-down restaurant by local media, he said.

Abraham met Gabr a few years ago and decided to buy half of his restaurant in Denton, called Romano’s Café.

They chose Albemarle for their next restaurant because the city is bigger than Denton and is in a good location.

“I think we’re going to do much better here,” Abraham said.

Abraham and Gabr help in the kitchen of the restaurant, which has around 15 employees.

The owners place an emphasis on making sure each ingredient is fresh and made in-house.

“We make everything from scratch,” Abraham said.

The owners take pride in making sure each dish is perfect before being served to the customers.

“I really like to watch every plate come out of the kitchen,” Abraham said. “I want to make sure that the customers get their money’s worth and they get the best-looking food because you eat with your eyes before your mouth.”

Waitress Bethany Mesimer said she double and triple checks the pizzas to make sure the orders are correct before going out to customers. 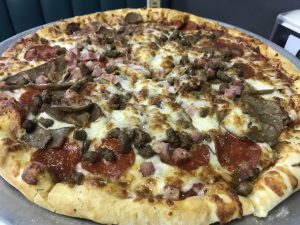 Roma’s menu is expansive. The restaurant offers 10 pizzas along with Stromboli, calzone and pasta dishes. It also has appetizers, salads, sandwiches and wings.