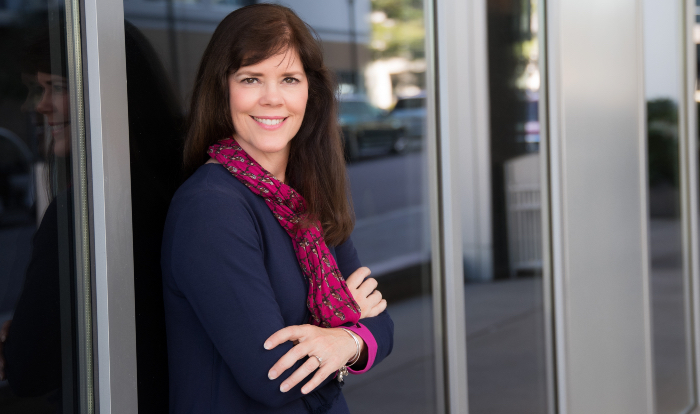 Sabrina Sells was born and raised in Richfield. She now works as a banker and mystery writer in the Wilmington area. (Contributed)

Sells, is a Stanly native who now resides in Wilmington, has a life she can count on.

By day she is a community banker, but by night she is a writer working on her latest novel.

And her novels are all centered around female bankers.

She grew up in Richfield and graduated from North Stanly High School.

“It was idyllic,” she said of growing up in Stanly. “It was a very tight-knit community in a very sparsely populated area.”

Sells has always enjoyed writing. She spent time in high school working at The Stanly News & Press. She was sports editor for the school newspaper at Appalachian State University, graduating with a degree in English.

Though she planned on pursuing a career as an author and journalist, she interviewed for a banking job in college and has been working in banking ever since.

Sells is now a market president at North State Bank near Wilmington who spends her days making loans and interacting with customers.

Though she loves working as a banker, “it also provides this wonderful fuel for fictional writing,” she said.

She was inspired to pen her first novel after taking a banking continuing education class. The class presented her and her colleagues with a role playing scenario about how they would respond when discovering that their boss was engaged in unethical behavior.

It was that scenario that helped lead to the premise for her 2012 debut novel “Banker’s Trust.”

The story — a mix of murder mystery and romance — revolves around a young banker named Rita Miller, whose small community bank gets acquired by a mega-bank. As she learns more about her new bank, she “uncovers an insidious pattern of crime,” and her discoveries turn deadly as people within the bank try to stop her and cover up the evidence.

Though most of the story takes place on the North Carolina coast, the book is partially set in Richfield because that’s where Rita, like Sells, grew up.

The novel is currently being shopped by her publisher, Authorhouse, to writers for Lionsgate Films for a possible screenplay.

Her second novel, “Canned Good,” released in 2013, is a thriller about a community banker in Virginia who, after getting laid off, goes to the mountains of North Carolina to live with her aunt. But as her past catches up to her new life, danger emerges and she must “summon the strength preserved inside her to fight for everything she holds dear.”

Her third novel is about a banker who moves from North Carolina to Boston.

Sells regularly keeps a virtual journal on her iPhone and jots down interesting observations such as a funny conversation between colleagues or anecdotes while at work. When she gets home, she tweaks them and applies them in her work.

“It’s drawing from the experiences (around her) to weave a story that is believable,” she said.

Though her daily writing process varies in length depending on how she feels, occasionally it can be all-consuming. She said she can wake up Saturday morning and write all day to the point where she forgets to eat.

While her first book took about three years to write, she finished her second in about a year.

Sells is newly married and has two sons, Sam, a legislative aide in Washington D.C., and Carl, a student at Western Carolina University.

Though she doesn’t come back to Stanly as often as she would like, Sells, who has family in the area, is still fond of her home county.

“Stanly County is a gem in the Piedmont,” she said.

In “Banker’s Trust,” Rita Miller tells her love interest Ross Moore about Stanly County saying: “It’s beautiful, isn’t it?  This is the place God holds in his hand and admires when he needs reassurance about the earth and mankind.”