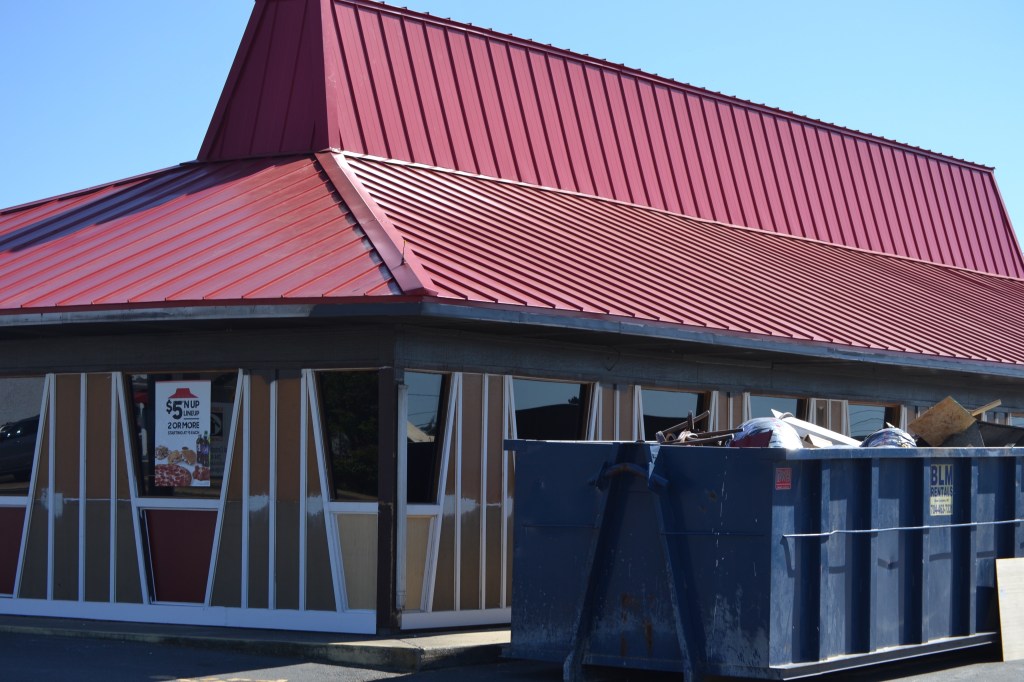 The Pizza Hut on N.C. Highway 24-27 is undergoing renovations. Though people can still pick up orders and use the drive-thru, the restaurant is scheduled to reopen Saturday.

The Pizza Hut on N.C. Highway 24-27 in Albemarle that is under renovation is about to get a blast from the past.

The restaurant, which closed its dine-in section Sept. 23, is undergoing “a classic remodel,” Doug Cleveland, CEO of Carolina Pizza Huts Inc., said. The company owns 20 restaurants in the state.

It is tentatively scheduled to reopen Saturday and will look more like the Pizza Huts of the 1970s. The restaurant will have checkered tablecloths, tiffany lights and more booths. 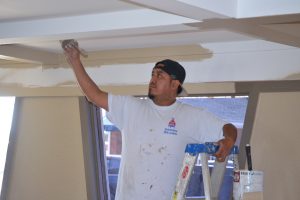 Rolando Merida, of Vargas Painting, works on the inside of the Pizza Hut on N.C. Highway 24-27.

The menu will also be tweaked. It will offer classic pizzas that the restaurant originally started with like Dan’s Original — pepperoni, Italian sausage and white mushrooms — and The Edge.

Cleveland said about 25 restaurants around the country have already undergone the classic remodel.

He said the other Pizza Hut in Albemarle is also scheduled to undergo renovation in a few years.

Kannapolis Construction Company is working on the renovations that will cost more than $300,000.

The restaurant already has a new roof. It will also have original trapezoid windows, a new classic sign and a heritage plaque detailing the pizza franchise’s founding in Wichita, Kan. in 1958 by Dan and Frank Carney.

During the renovation, people can still pick up pizzas as the drive-thru window remains open.