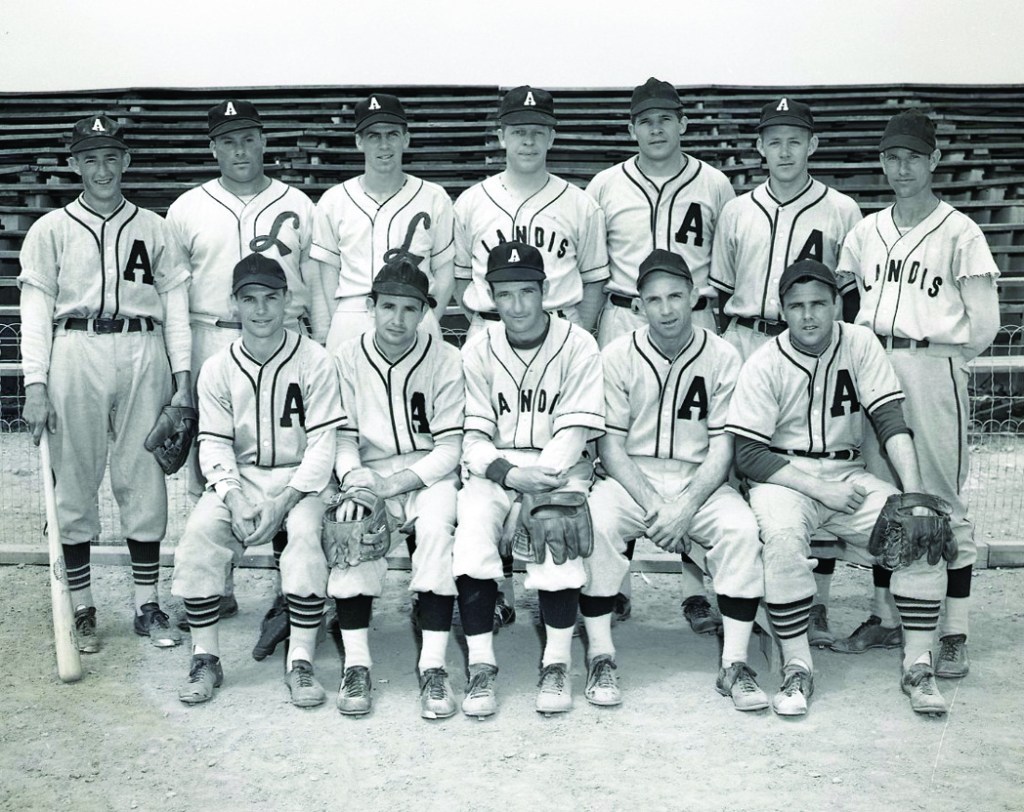 Several years ago, Albemarle resident John Williams shared these two baseball pictures with me and said he thought they were from the Albemarle Rockets.

I wasn’t familiar with this team, so I spoke to Stanly residents Les Young and Russ Sharples, who I knew were baseball fans. Together we were able to put together a short history of the team.

In January 1948, the Landis Millers minor league baseball team was officially transferred to Albemarle. The Landis team, owned by P.K. Drye, was building a new stadium and the construction wasn’t complete. Albemarle brothers C.W. and C.L. Morton had recently completed a stadium in Albemarle and were looking for a team. 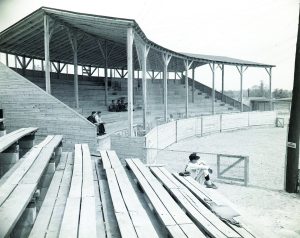 The new grandstand at Morton Park in 1948 included dressing rooms, showers and a press box in addition to seating for 500 fans. (Contributed)

According to the Jan. 9, 1948 Greensboro Daily News, Morton Ballpark cost $45,000 and included a $14,000 modern lighting system that allowed for games to be played at night.

The bleachers could seat 2,500 fans and the grandstand an additional 500.

In 1949, the Rockets team moved back to Landis and became the Landis Spinners.

Morton Ballpark continued to be used for teams in Albemarle until the property was purchased in the 1960s by Morgan Motors to be used as an auto/junk yard until about 2006.

The ABC store on N.C. Highway 24-27/73 is at this site today. During the winter, the remains of the cement block wall that was once a part of the outfield can be seen.