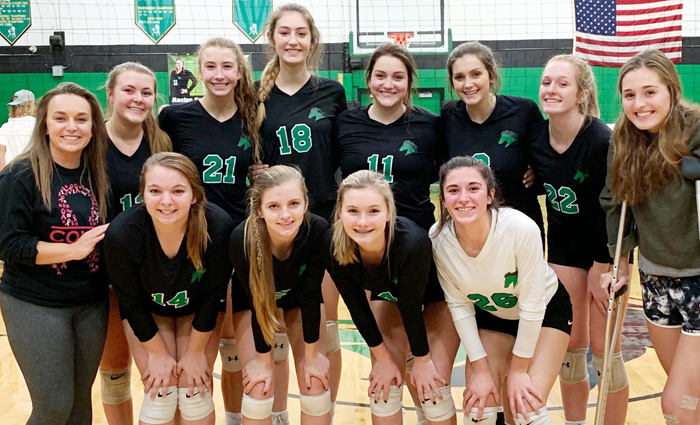 With two Rocky River Conference wins this week, the West Stanly volleyball team completed its conference schedule with an unblemished record to capture the regular-season title.

The Colts (20-3, 10-0 RRC) will be the No. 1 seed and have a first-round bye heading into this week’s conference tourney. Semifinals and finals are scheduled for Tuesday and Wednesday at Central Academy.

West also enters the postseason eighth in the state in the 2A MaxPreps rankings.

The Colts wrapped up the RRC regular-season crown at home with a four-set win over the Bearcats.

“This was a great win with it being Senior Night for Dani and Raelee,” West Stanly head coach Stephanie Dutton said.

“The pressure was on to secure the No. 1 spot as well as getting a win for our seniors.”

West swept the Tigers with scores of 25-17, 25-15 and 25-21 to earn the team’s ninth win in a row and 20th overall of the season, completing an undefeated conference run.

Addie Barbee paced the offense with 33 assists and Efird led with 13 digs.