Albemarle police are looking for a suspect they say shot a man Saturday. 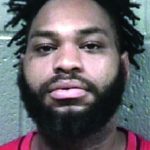 Shortly after 12 p.m., officers responded to O’Reilly Auto Parts, 511 N.C. Highway 24-27, in reference to a male who had walked to the business after being shot.

An 18-year-old male with a gun-shot wound was taken to Northeast Medical Center, where he is in stable condition.

Following an investigation, police obtained warrants for Travis Devon Colson, 34, for assault with a deadly weapon with the intent to kill, inflicting serious injury and possession of firearm by a convicted felon.

Police say Colson is considered armed and dangerous. If located, call 911 or police.