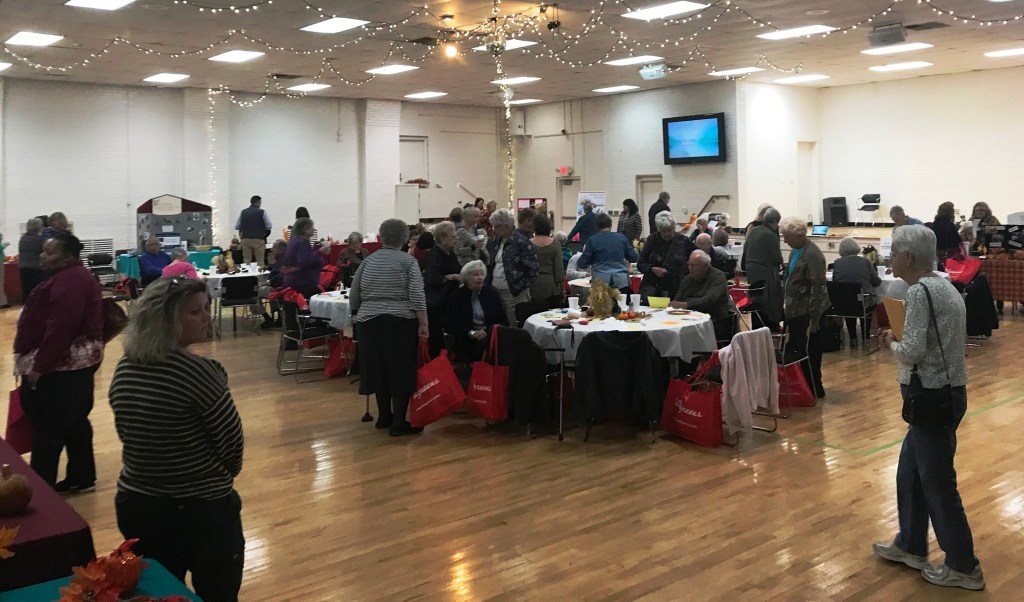 Individuals participate in Carefest at the Stanly County Senior Center.

“They may forget your name, but they will never forget how you made them feel,” said Mary Ann Drummond, quoting Maya Angelou, as she spoke to approximately 100 caregivers Oct. 17 at the Stanly County Senior Center.

Drummond’s presentation was part of Carefest, an event offered annually since 2003 by Stanly County Senior Services and targeted toward family members who serve in a caregiver’s role for fellow family, according to Aleshia Holland, program supervisor for the department.

“We want to provide a day just for family caregivers,” she said. “This event provides them with information and resources to help them in that role, and we also offer health screenings, flu shots, and door prizes for those attending.”

Twenty-three agencies exhibited at the event, most of whom are service providers for both in-home and resident health care.

“I’ve really enjoyed learning about new places and programs that are available in the area,” Frances Russell, a participant in the event, said. “It was interesting to learn about Pfeiffer’s OT program that is coming here to Albemarle, as well as seeing the many resources we have.”

The event culminated with Drummond’s presentation, “Living Your Best, While Caring Your Best.” 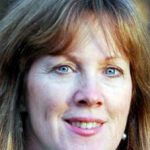 Drummond, a resident of Midland and author of two books, “Meet Me Where I Am,” and “Grandma and Me,” specializes in education on dementia for caregivers, and has 30 years of experience in nursing, including 18 as an assisted living administrator.

Her presentation, however, drew on her years of experience as a caregiver herself.

“My greatest teachers on this subject have been those with dementia themselves,” she said, noting that caregivers are usually thrust into the role with little or no preparation.

“It usually happens because no one else is available to do it,” said Drummond, who noted there are currently more than 40 million unpaid caregivers in the United States, most of whom are tending to the needs of spouses or parents.

“Emotional support is a huge part of caregiving,” she said, but also noted that most caregivers, while describing their role as rewarding, often deny or ignore the stress that accompanies it, leading to eventual problems.

“Unrecognized stress can lead to complications for both personal and professional caregivers, so achieving balance is very important,” she said.

Signs of caregiver stress, along with tiredness, irritability and feelings of guilt, include a loss of excitement and enthusiasm for things typically enjoyed, Drummond said.

“In my third year of caring for my mother, I realized the stress I was under when I quit liking chocolate-covered strawberries,” she said.

Describing herself as “never missing an opportunity to enjoy” the treats, Drummond realized something was wrong when she passed up an opportunity to have one, and cautioned those in attendance to be vigilant of stress signals, which can lead to caregiver burnout.

“Burnout can cause a caregiver to become impulsive, and in turn, react inappropriately,” Drummond warned.

In coping with the stress caregivers experience, it is important for them to talk with others, not feel abandoned and take time for themselves.

“And don’t lose your sense of humor,” she said.

Drummond also encouraged caregivers to join a support group if one is available.

“A support group is neutral ground where we can unload our burdens,” she said.

Many caregivers unfairly release frustrations or problems on spouses or other family members, she said.

In closing, Drummond used the acronym GRACE to describe what caregivers need and should strive to achieve.

“‘G’ is for gas in the engine,” she said, noting caregivers need emotional, physical and spiritual health to meet the demands they encounter.

“R” represents resources, Drummond said, as she handed out a sheet of agencies and organizations that provide caregiver support, while encouraging those in attendance to seek additional ones in their area.

“‘A’ reminds us that we need to authentic,” she said. “It’s okay to admit that you had a bad day or don’t feel well.”

“‘C’ is to remind us that caregivers need care,” added Drummond, referring to self-care methods and the importance of establishing a routine schedule, routine medical care and a healthy diet as a lifestyle.

“E” represents education, Drummond said, encouraging caregivers to continually update their knowledge of the conditions of those they care for, as well as their own needs.

Holland described the event as a success, and expressed the enjoyment she and her fellow staff members experience in putting it on each year.

“We get a lot of joy out of offering this program,” she said. “It is so needed by those who are caregivers, and gives them a little time for themselves as well.”

Holland said a support group for caregivers meets 11 a.m. to noon on the first Friday of each month at the Stanly County Senior Center.

Drummond’s books are available through Angel Tree Publishing at angeltreepublishing.com.