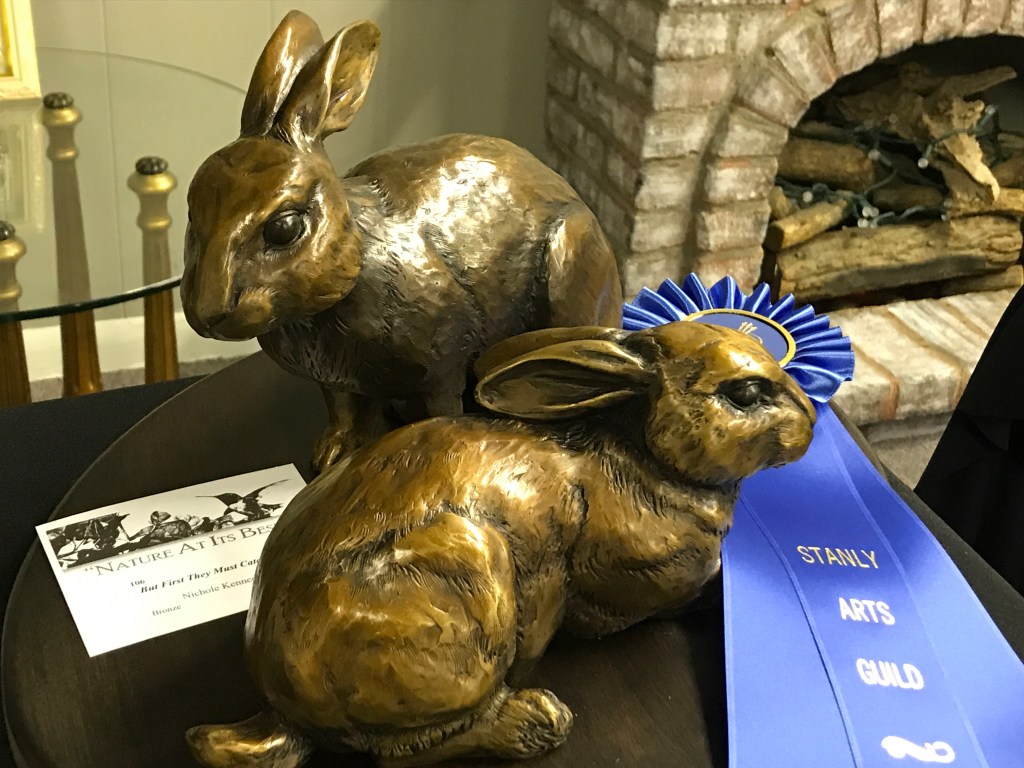 Nicole Kennedy won first place for "But First They Must Catch You."

The Stanly Arts Guild has brought together 2-D art, 3-D art and photography for its annual Ellen Cook Gaskin Memorial “Nature At Its Best” art showcase.

The show, sponsored by the Gaskin family, will close with a reception and awards presentation from 6 p.m. to 8 p.m. Nov. 2.

There are 78 entries from 31 artists from Stanly and surrounding counties.

Nicole Kennedy, from Randleman, won first place for “But First They Must Catch You,” featuring two bronze rabbits.

Ed Lipe, from Richfield, won second place for “Under Pressure,” featuring a black and white photograph of a bird’s egg laying on a wrench. 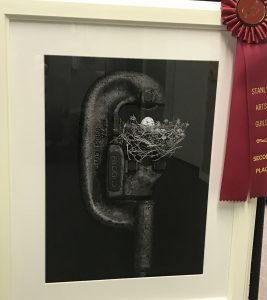 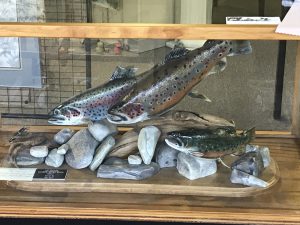 Honorable mentions were Craig Marsh for “Photo Bomb,” Sarah Price for “Turtles on Tillery,” O’Linda Walker for “Llama Love” and Richard Evans for “Bird of Paradise.”

Barry Stabbings, Tammy Palmer and Dan Wray were the judges. Jaclyn Layman and Anita Ammerman are the co-chairwomen for the showcase.