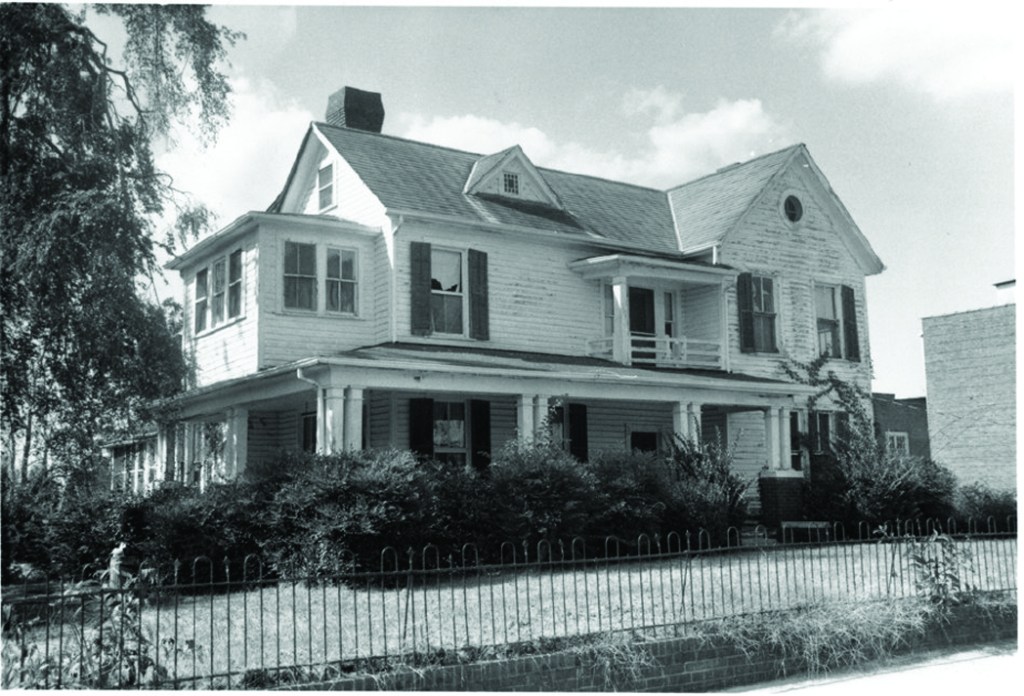 A view of the boyhood home of Adm. O.D. King Jr. The home was at the corner of King Avenue and South Second Street in Albemarle.

Adm. O.D. King Jr. was born in Albemarle Sept. 17, 1888 and was the son of prominent local physician Dr. Ogden Doremus and his wife, Elizabeth Hearne King. The family home was at the corner of King Avenue and South Second Street across from Central Lunch. 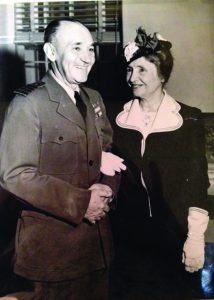 Adm. O.D. King Jr. visits with Helen Keller on her visit to a naval hospital.

King graduated with the Virginia Military Institute class of 1909 and received his medical degree from the University of Virginia in 1914.

King served in both World Wars and, during his career, received the Navy Cross, the Distinguished Service Cross, the French Fouragere and the Victory Medal in addition to other medals.

Early in his medical career King served as a medical officer aboard a number of U.S. Navy ships. During December 1941 he was stationed at Pearl Harbor. According to his descendants, King was on a golf course where he witnessed the Japanese attack. His three sons witnessed the attack from the roof of their home. King immediately went to aid the wounded and was so busy his family didn’t see him for several days.

Later in the war, King became a district medical officer in Balboa, Panama. In 1944, he was appointed commanding officer of the Naval Hospital in Charleston, S.C.

In 1946, he became commander of the naval hospital in Annapolis, Md. He finished his career with the Navy Departments Bureau of Medicine and retired in 1950.
King died May 6, 1974 in Bethesda, Md. and is buried at Arlington National Cemetery.