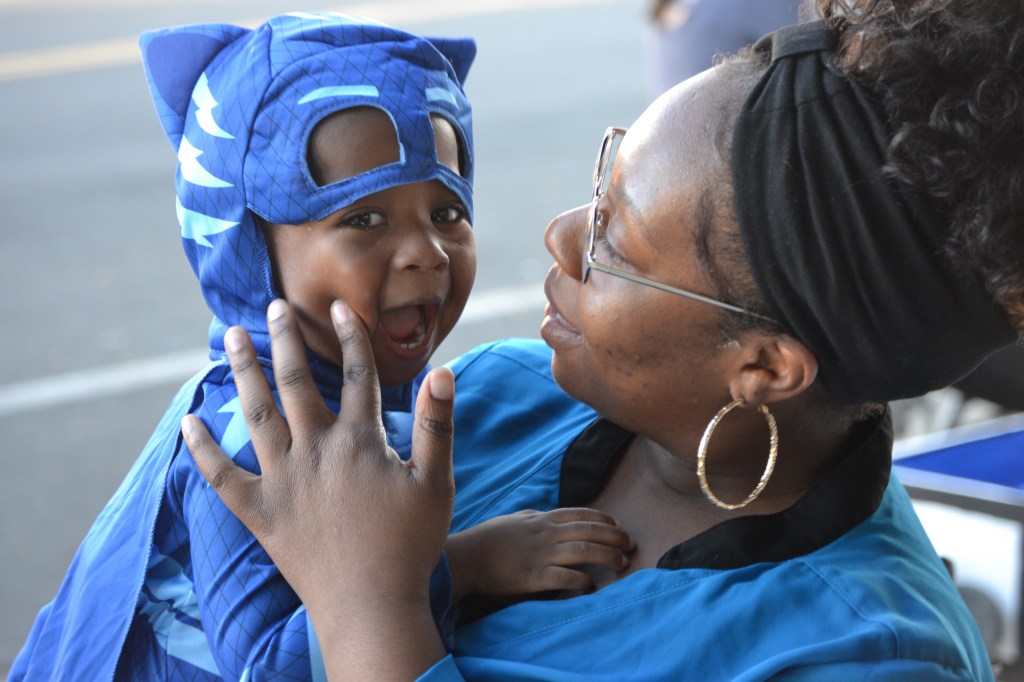 Monsters, ghouls and scary creatures were out in full force Thursday evening.

Hundreds of young children and their parents descended upon downtown Albemarle in their ghoulish and creepy costumes as they traveled to different businesses, collecting candy, popcorn and other snacks along the way.

And the best part? It’s not even Halloween yet.

The annual Fall Festival and children’s costume parade featured a wide variety of colorful costumes — from the classics, like superheroes, killer clowns, witches and princesses, to the inventive, including a zombie with a soccer ball protruding from his stomach and a Lego Spider-Man. 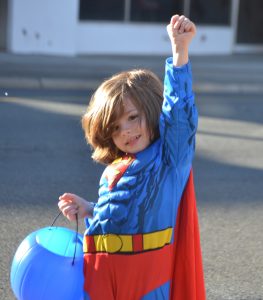 Three-year-old Kyler Weavil from Richfield does his best Superman impression.

Even whole families got in on the action — one dressed as the superhero family from Disney’s “The Incredibles.”

Elliana Burleson, who dressed up as a witch, has been going to the annual event “probably as long as I’ve been alive.”

Her favorite part about both the event and Halloween?

“Going trick or treating and getting candy,” she said.

For Stashia Robinson, the event marked the first time her 2-year-old son, Jeremiah, who was dressed as Catboy, trick-or-treated.

She liked seeing the excitement and joy in his eyes seeing the other children and receiving candy.

“It’s the first time I’ve been back for Halloween,” he said.

He was actually driving to the gym and happened to drive through downtown when he saw tons of children in costume.

He was a little confused.

Enticed by the popcorn given out by the staff at The Stanly News and Press, Prince hung around, talked to people and “got candied out a little bit” — all while wearing his own costume, a purple Baltimore Ravens sweatshirt.

Best friends McKenzie Church, 10, and Ashlynn Tarlton, 11, from Norwood decided to dress up as Sunflower girls.

“We looked online and looked for some best friend outfits and found this one,” Tarlton said. 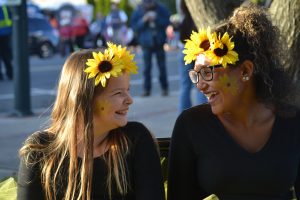