ROGER WATSON COLUMN: A Raven swooped in for popcorn 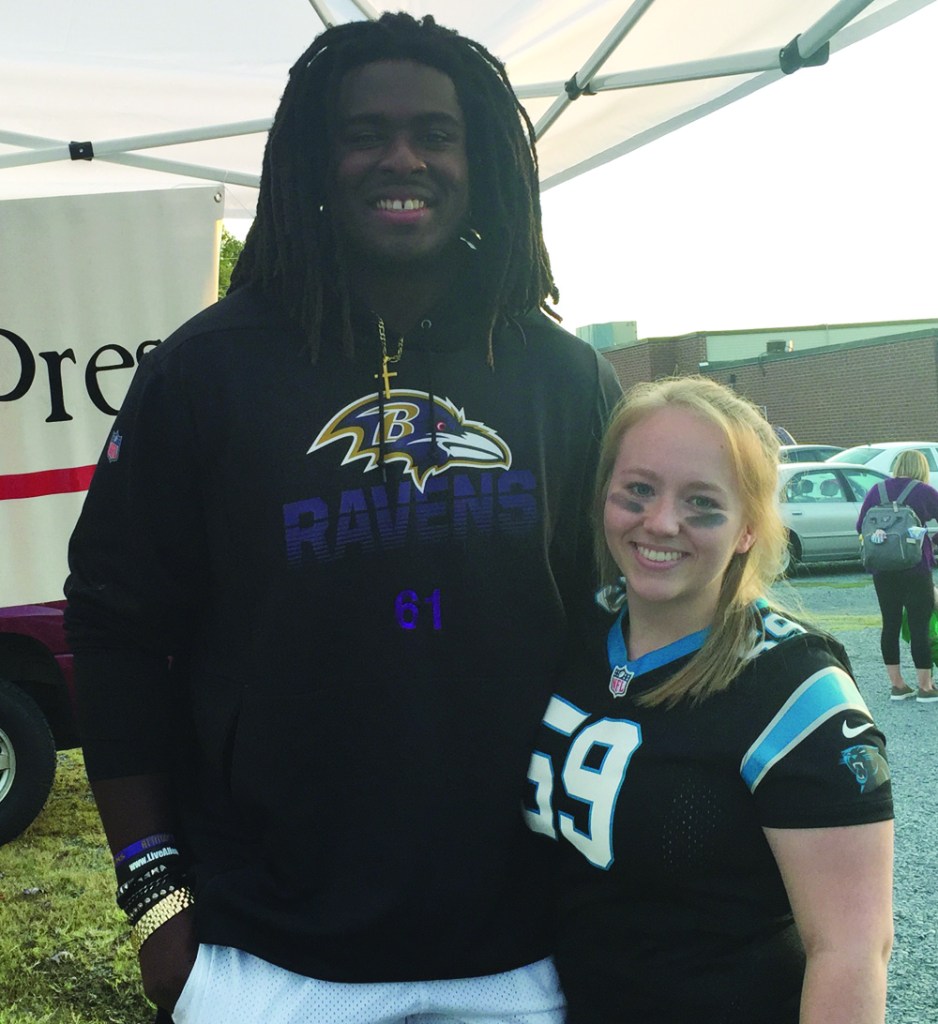 R.J. Prince of the Baltimore Ravens tried his best to get Stanly News & Press sales rep Ally Ward to switch her allegiance from the Panthers.

Goblins, ghosts and an NFL football player took over the streets of Albemarle Thursday night for the city’s annual Halloween celebration.

Blessed with perfect fall weather, The Stanly News & Press team set up its popcorn and candy stand here at 237 W. North St. We met lots of our smaller neighbors and their parents who enjoyed a cup full of popcorn a few pieces of Hershey or a Reese’s Cup and a bag of the greatest Halloween candy of all time, candy corn.

It was a blast, especially when Albemarle’s resident NFL star dropped by our tent to grab some popcorn and see what was happening. R.J. Prince of the Baltimore Ravens said he was just coming back from the gym when he drove through downtown and saw kids everywhere. With it being a full week before Halloween, he wasn’t quite sure what was going on, but all the kids in costumes made it clear pretty quickly that this was an early Halloween event.

The Panthers jersey being worn by sales rep Ally Ward caught his eye and he spent some time trying to convince her to switch allegiance to the Ravens.

The former Bulldog and Tar Heel is back in town because Baltimore has a bye week before playing New England next week. He said he planned to go to the Albemarle High game Friday night and the Carolina-Duke game Saturday.

Prince took pictures with visitors to our tent while chatting and eating some popcorn. It was clear he was enjoying his time back in his hometown and the small-town celebration that came with it.

It was wonderful to see the downtown area filled with the laughter of children. The businesses came together to provide lots of sugar, and everyone seemed to be having a great time.