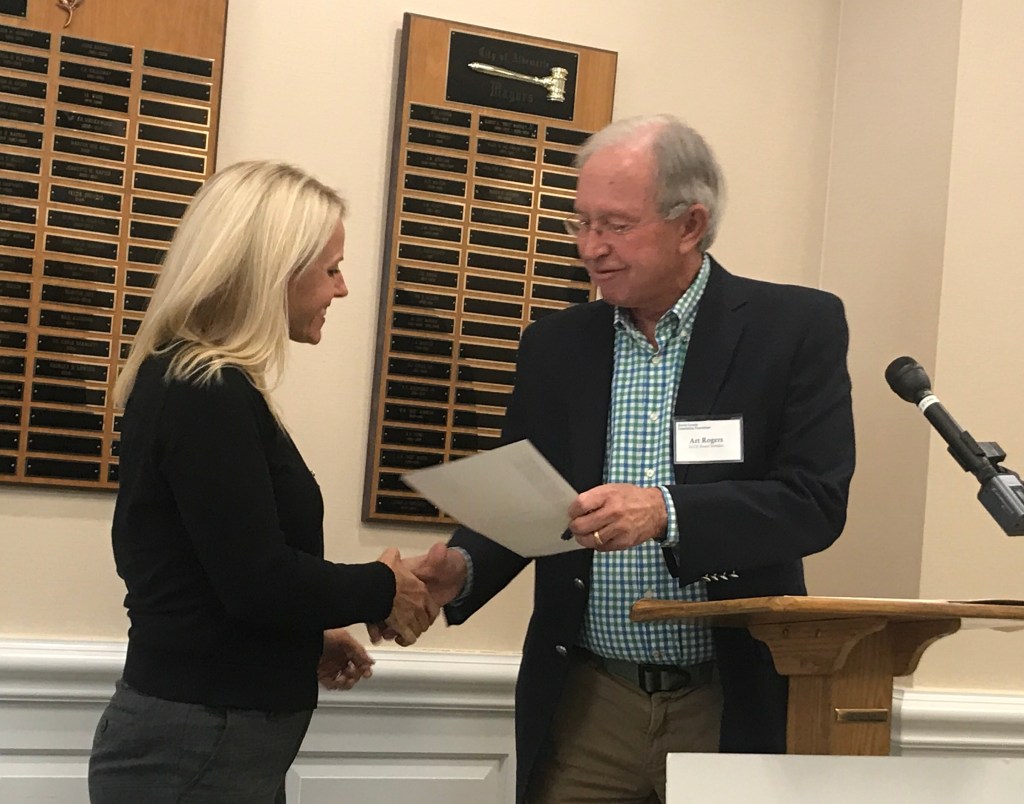 Art Rogers, chairman of the grants committee, shakes hands with Treena Norwood, who accepted a grant on behalf of Bridge to Recovery.

Celebrating its 20th anniversary, the Stanly County Community Foundation awarded $53,000 in grants to 17 organizations in Stanly County in 2019.

The grantee reception honoring the organizations was held Wednesday at the Albemarle City Hall.

“This is our favorite event of the year,” SCCF Board of Trustees Chairman Chris Poplin said. “You are the ones that make Stanly County a better place every day and for that we are very grateful.”

The 17 organizations that received grants are:

• Boy Scouts of America, Central NC Council, which received $2,500 to support scholarships for at-risk youths in the county through its Scoutreach program.

• Bridge to Recovery, which received $4,000 to support transportation costs for getting people to treatment centers.

• Charlotte Symphony, which received $2,500 to bring a free community concert to Stanly earlier this month.

• Crisis Assistance Fund of Stanly County, which received $3,000 for bedbug extermination services for families in need.

• GHA Autism Supports, which received $5,000 for the development of a sensory room for individuals with autism. It would be a place for people to go to decompress.

• Live Again Ministries, which received $2,500 for its TRIBE (Teaching Relationships In Behavior and Education) after-school program for at-risk teens. The students from West Stanly Middle and West Stanly High are provided a full meal, recreation and time to complete homework.

• Pfeiffer University, which received $3,000 for the college’s educational STEM programs/camps for young kids.

• Ronald McDonald House of Charlotte, which received $2,500 for housing costs of Stanly families to stay in the house. Since the house first opened, it has served 97 Stanly County families for a total of more than 1,600 nights.

• Second Harvest Food Bank, which received $2,500 for its backpack program, which brings backpacks of food into schools to feed kids over the weekend.

• Special Olympics North Carolina, which received $3,000 to support the growth and expansion of the Stanly County program.

• Stanly Community Christian Ministry, which received $5,000 for its Winter Warmth program. It provides financial assistance for people purchasing propane or fuel oil to heat their homes.

• Stanly County Partnership for Children, which received $3,500 for its Raising a Reader book-sharing program, where childcare providers send book bags full of books home for children to read and enjoy.

• The Talent Company of Albemarle, which received $2,500 to support the 2019-202o season and fund the company’s next show, “Beauty and the Beast” at the Stanly County Agri-Civic Center in the spring. 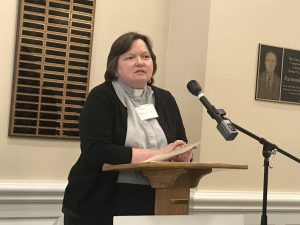 Since SCCF began awarding grants in 2000, 204 grants totaling almost $575,000 have been awarded to organizations benefiting Stanly.