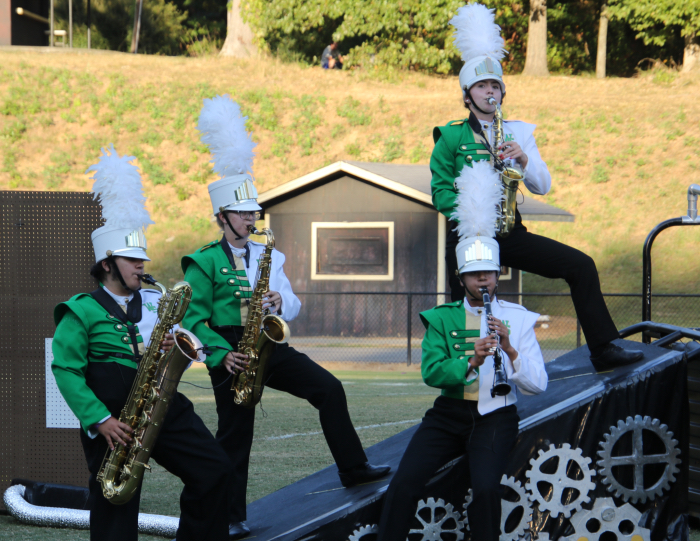 Though neither receives much funding from Stanly County Schools and therefore has to raise money through donations and fundraisers, both West Stanly and North Stanly have performed well at recent competitions.

Derek Smith has been director of West Stanly’s band for three years and in that time, the program has won competitions each year.

The band has already competed in four competitions during the year against schools from around the area. The band won first place at the North Gaston Wildcat Invitational in October.

At its most recent competition, the Porter Ridge Pirate Cove Classic on Oct. 26, the program placed second overall and took home first place in percussion, color guard and general effect.

During the band’s final performance  at Scotland High School in Laurinburg Nov. 2, it took home first place overall in its class and swept each of the five categories: music, visual performance, general effect, percussion and color guard.

Smith said there is no secret to his band’s success.

“The students work harder than other bands despite the serious economic disadvantage compared to other counties,” he said.

The West Stanly band has 42 members and has grown by 50 percent over the past three years.

“The amount of time and work that goes into marching band is unrivaled by any of the sports teams on our campus,” senior Sarah Burden said.

Smith said seeing his students perform is extra special because he writes the music and designs the marching band show each year.

“Writing the music for the band gives us a competitive edge because I can showcase the talent better and write specifically for each student,” Smith said. “It also ensures that we have a completely original show that we can all take ownership of.”

Besides competitions, Smith said the marching band is “the soundtrack to the school,” providing music at pep rallies and during football games each Friday night.

North Stanly  has 63 students in its band and has performed in two competitions this year, the East Rowan Mustang Classic and the one at Porter Ridge. 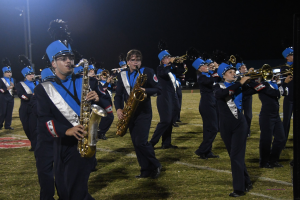 The band received overall ratings of excellent at both competitions, said band director Frank Poolos, who has been in charge of the program for 17 years. Drum major senior Kong Moua received a rating of superior during both competitions.

“This program has meant so much to me because I would not have met my friends, my passion toward music and my openness towards others,” Moua said.

The band is fun and being allows him to take a break from academic studies, Moua said.

“You also learn life lessons, leadership skills, social skills and musical skills because as a band you are a unit, and as a unit you work together no matter what,” Moua said.

Poolos has enjoyed seeing the band evolve since his time as director.

“It’s been a joy to watch the program grow,” Poolos said.

There were only 21 members in the program when he arrived.

The North Stanly marching band “is a source of pride for the school, the students and the community,” Poolos said.