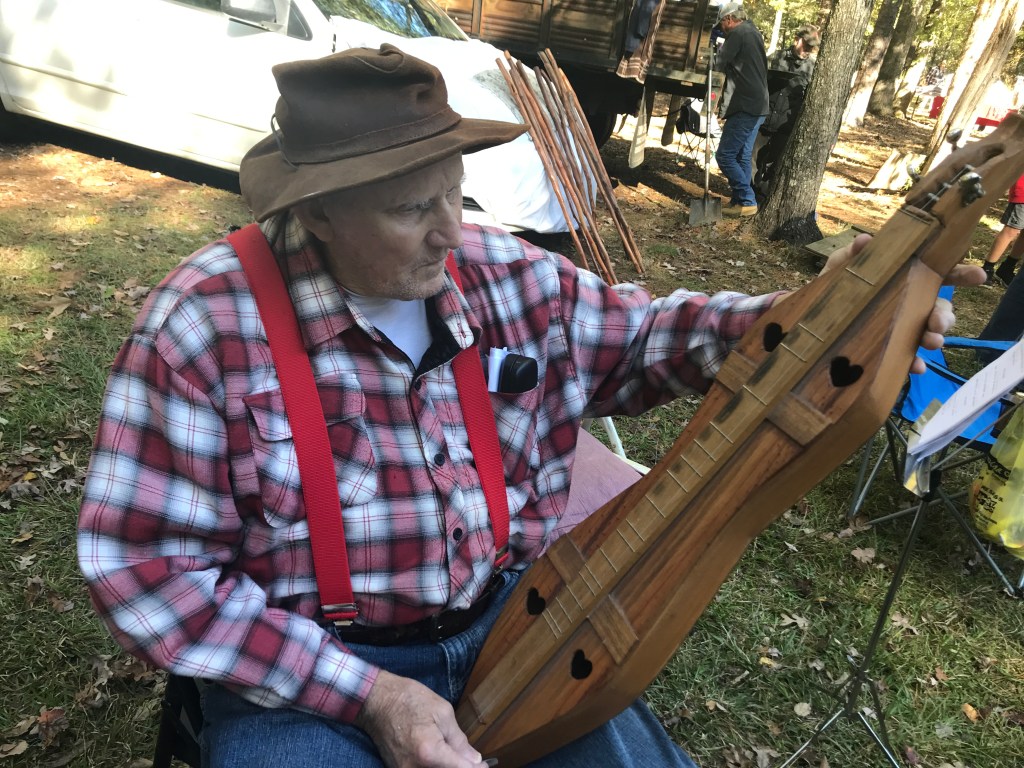 Growing up on a farm, Clarence Cameron has enjoyed arrowheads his whole life.

He started picking up arrowheads as a kid and eventually learned out to make them.

Cameron uses an assortment of materials, including deer antlers, hammer stones and copper.

Cameron, 76, who lives in Albemarle, has been making arrowheads for more than a decade. He has demonstrated his craft at the Old Fashioned Day at Morrow Mountain for the last 10 years.

While at the festival, he enjoys meeting people and “hearing all kinds of tales of what people find and have found in the past.”

Though he has sold arrowheads, he mainly brings them to the festival for people to examine and enjoy.

Cameron was one of several local crafts vendors and trades people who were demonstrating their skills during this year’s Old Fashioned Day Sunday. Hundreds of people came out to talk to and learn about different crafts and trades.

Marshall Thompson, who plays and makes mountain dulcimers, was also at the festival.

The Robeson County native said this is his fourth time there.

Inspired by the folk singer and Appalachian dulcimer player Jean Ritchie along with the folk music boom of the late 1950s and 1960s, Thompson has played the instrument since his wife gave him his first dulcimer in 1980.

“Jean was the real McCoy,” he said.

After decades of playing the instrument, Thompson, 87, began to build them in 2008. To date, he said he has built around 100 dulcimers.

He enjoys showing off his hand-crafted instruments at the festival along with teaching others, especially children, how to play.

“I like teaching kids and adults both,” he said. “I like putting music in other people’s lives.”

Thompson spent time teaching Mara and Ward Hardy from South Carolina how to play the instrument. 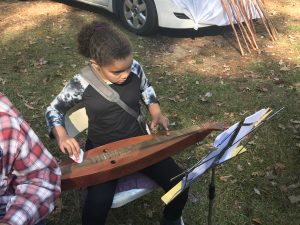 Other people at the festival included Alan Thompson and his father, P.L. Thompson, who brought a 1919 Fairbanks Morse Model Z 10 horsepower engine and a Gray Motor Company four horsepower engine that they own. 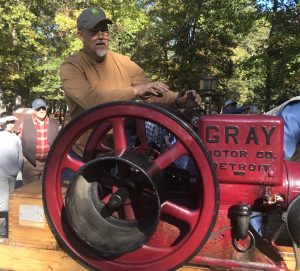 Alan Thompson works his Gray Motor Company four horsepower engine, which was made between 1910 and 1916.

The engines “ran the sawmill, gristmill, whatever you needed power for,” Alan said.

The Thompsons, who live in Albemarle, have come to the festival for the last five years. They bring different antique equipment each year.

“I like talking to all the people about all this old stuff,” Alan said.

Another craftsman at the festival, Walter Furr, makes wood carvings, especially of different animals. He carves mahogany, cherry and walnut with his carving chisels. 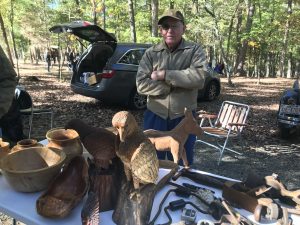 Walter Furr of Albemarle with his wood carvings.

The Albemarle resident has carved wood since the 1950s, he said. He now works with his son Mickey.

He said he carves around three to four animal pieces a year.

He displayed wooden birds, bowls and even a giant bear at his table.