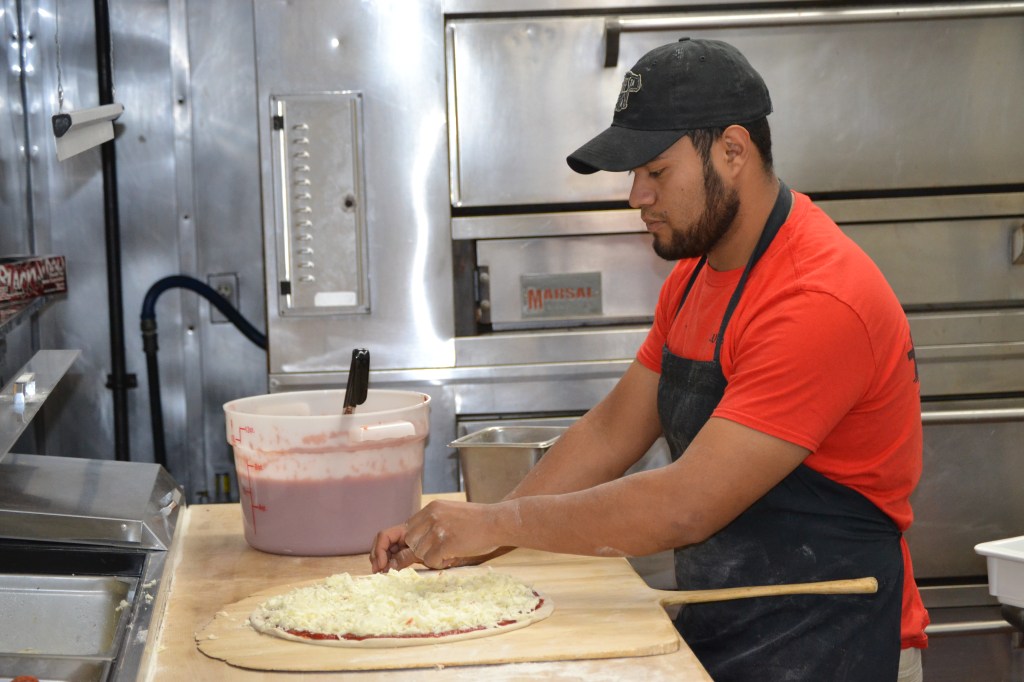 Inspired by the flavors of New York City, a new pizza restaurant has opened in Oakboro.

Pedro Garrido runs the restaurant along with his father, Severiano.

Having grown up in Brooklyn working in numerous pizza restaurants in the city, Pedro said his father taught him how to make authentic New York pizza.

Pedro, 22, worked in pizza restaurants in Raleigh and Greensboro before moving to Matthews several years ago. He worked at Tony’s Pizza locations in the area.

After working at Tony’s for about six years, Pedro and his family decided to open their own restaurant.

They opened in Oakboro after a family friend involved in real estate connected them with the owner of the property. The restaurant is in the location of the former Eagles Nest Restaurant & Bakery. Pedro’s family leases the building.

The restaurant, named after Pedro’s mother, truly is a family affair. Pedro and Severiano make the pizzas while Pedro’s mother Luna makes the salads, sandwiches and pasta dishes. Pedro’s fiancé Leslie runs the front of the restaurant while his younger brother Emmanuel helps after school.

“I love talking to people, I’m a people person,” Leslie said about her role interacting with customers. Though she had never worked at a pizza restaurant she does have industry experience, having worked at Arabic and Hispanic restaurants in Charlotte.

Luna’s pizza sizes range from a 10-inch personal pizza all the way up to 24 inches. There is also a 10-inch and 14-inch gluten free pizza along with a 10-inch cauliflower pizza. Pepperoni and cheese pizzas can also be ordered by the slice. 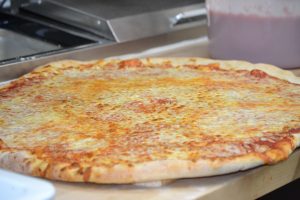 Besides pizza, the restaurant has calzones, stromboli, pasta dishes, sandwiches and wings.

Pedro hopes people will come to enjoy the restaurant and feel comfortable.

“We want to make every customer feel like it’s their home,” he said. “We want to give them the best food we can.”

He said the main goal is making sure the customers are happy.

For more information, go to lunaspizzanc.com.