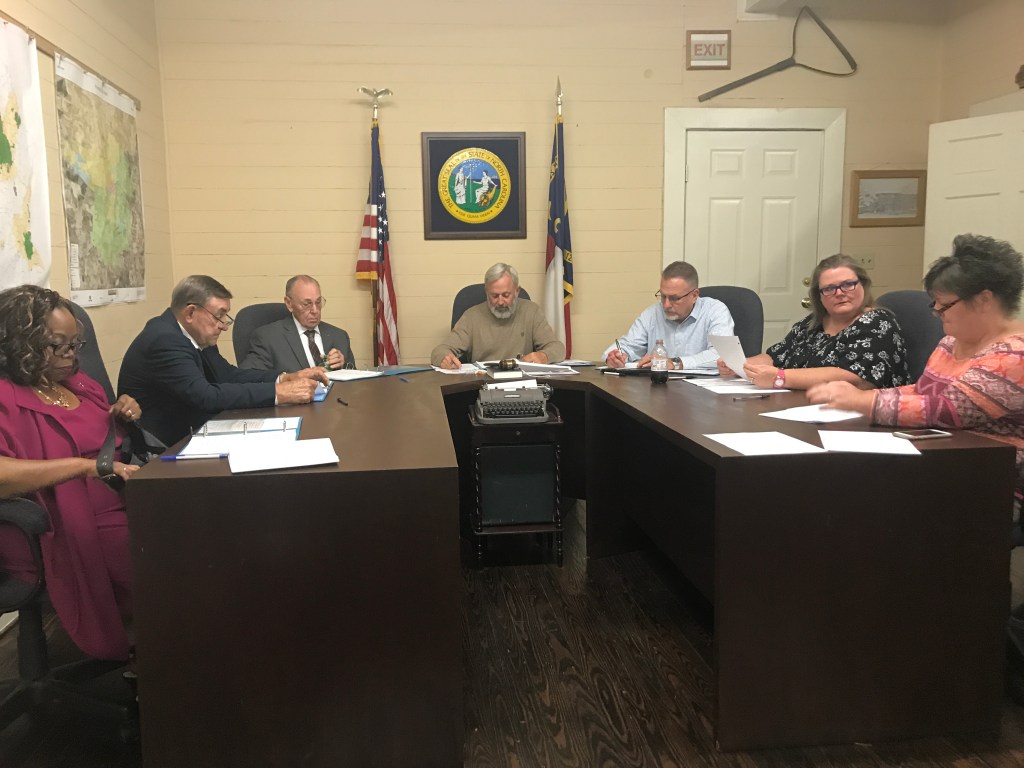 The Stanfield Town Council approved a motion Thursday night to give the police department the authority to order a new police vehicle after an officer was involved in a minor accident.

Stanfield police officer C.B. Lowery was involved in a wreck when his vehicle was hit from behind Nov. 6. The vehicle was totaled and the insurance company will give the town a check for $19,331.

The SUV has more room, is better off road and has better fuel economy while the Charger is cheaper and has a more powerful engine.

After discussion, the commissioners voted for the Ford SUV.

Faggart said once he orders it, the vehicle should arrive in about three months.

• Announced that paving is complete for North Love Chapel Road.

• Recognized B.E. Holbrooks as “One of Stanfield’s Best Businesses.”

• Proclaimed Monday to be “Thank You for your Service” Day.

• Announced the annual Thanksgiving Food Drive will be from 8 a.m. to 2 p.m. Nov. 23. Any non-perishable items can be dropped off at the Stanfield Log Barn Park 101 W. Stanly St., Stanfield, or at the Stanfield Town Hall. The food drive will help support West Stanly Christian Ministries.

The next town council meeting will be Dec. 5.