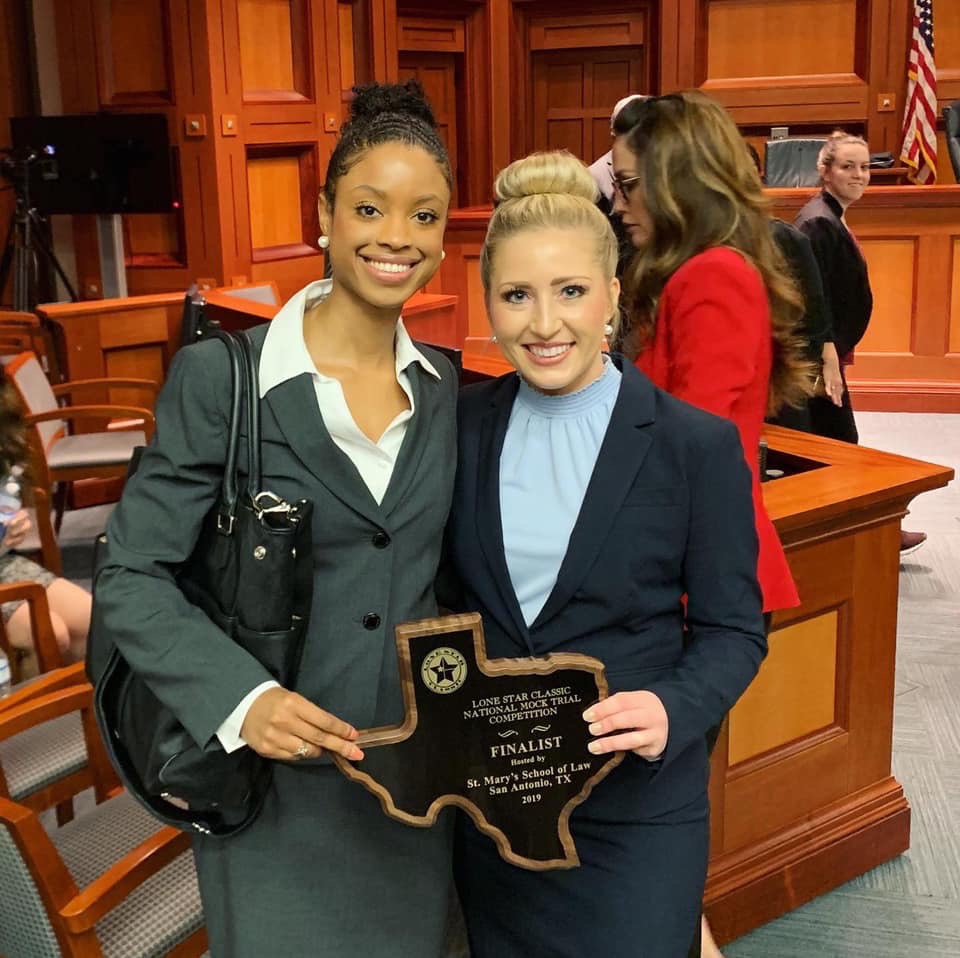 It’s not every day a student can say she helped her college defeat Harvard University in an academic competition, but that’s just what happened to Locust native Macy Stutts.

Stats, 23, and colleague Robyn Sanders represented the plaintiffs in a fictitious civil case about a school shooting involving an officer that fled the scene. Stutts and Sanders were suing the police department on behalf of the plaintiff who was shot.

The other two students, Matt Hobbs and Daniel Nelson, represented the defense.

During the civil jury trial, Stutts and her colleagues were scored by a group of judges on their opening statements, witness examinations, cross-examinations and their closing statements.

After preparing each day for four weeks, the group traveled to Texas for the competition.

The team made it further in the competition than any of Campbell’s past trial teams, wildly exceeding their goals.

“We didn’t go into it with any expectation,” Stutts said. “We didn’t know what to expect because we had never done this before and we didn’t have anything to compare it to.”

The West Stanly graduate said defeating the students from Harvard “was like winning the Super Bowl for us.”

“It was the best feeling in the world because all of our hard work had paid off,” she added.

The team received a finalist trophy shaped like the state of Texas.

“Being on the mock-trial team gives you that exposure so that whenever you go into the real workforce you’re not just blindsided and you know what you’re doing,” she said.

Stutts wanted to become a lawyer after winning Miss Stanly County in 2014 and advocating on behalf of her personal platform, COPS, or Communities Offering Police Support.

She realized people have a lot of needs and the “greatest way to advocate for others is to become a lawyer and be able to help as many people as I can.”

Her goal after law school is to practice civil or criminal litigation as a trial lawyer. She hopes to return to Stanly and work in one of the surrounding counties.

She wants to eventually become a judge in Stanly.