ROGER THOMAS COLUMN: ‘Ford v Ferrari’: A film for car lovers and those who love movies, too

Ford Motor Company wanted to build the fastest car in the world and Ferrari wanted to prevent that. Ferrari had that claim for many years and did not want to lose their prize. 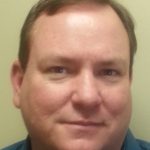 As movies often go, even the ones based on real stories, the challenge and the possibilities fill up most of the story. And “Ford v Ferrari” is a very good story.

Beyond the good story, the film is also cast well. Matt Damon plays Carroll Shelby, someone who wants to build the fastest car in the world. Shelby wants to beat the car of Ferrari. In the film Shelby partners with Ford Motor Company. He also partners with others, including the one who is going to drive the car if they get the car to work in time.

The one who will drive the car is Ken Miles. Shelby and Miles make a great duo in every way.

There are other cast members that stand out. Caitriona Balfe plays the wife of Miles, the man who drives the car. Her name in the film is Mollie Miles.

The young son is played by Noah Jupe.

Jupe often has worried looks on his face. The boy understands the importance of this big race. As one would expect, all the family members are tense in the final race.

What will happen in the “big race?” Of course, it will not be revealed in this review.

There are some elements that can be revealed. The film has great cinematography, especially during the races. The film has a lot humor in the midst of the exciting scenes. The two leads, Damon and Bale, should work again together.

The film may get nominations from the Academy for sound awards, and visual effects. And perhaps the two lead actors might receive nominations, but there are still many unseen films, so no one knows.

I saw the film recently and it surprised me. I was impressed at how good it was. Here is what I said after the film.

When the screening of the film “Ford v Ferrari” ended I was impressed. It was better than I expected. A lot better.

As I was watching the film’s ending, a friend and fellow critic turned to me and said, “So what did you think?”

My reply was simple.

I would not sit for five minutes of a televised car race on television. However, I liked this film. I liked it a lot. I would watch that film again.

I think many others will, too.

“Ford v Ferrari” is a fun, smart film that many will find enjoyable. As I was surprised, others may learn a few things as well. I certainly was in a world, “the racing world,” and I liked it.

This racing film could be one of the better films for 2019.