STEM Coach Jennifer Snyder was nominated by Alisa Wickliff, a professor at UNC Charlotte. Wickliff got to know Snyder during her time as a teacher at Charlotte-Mecklenburg Schools. 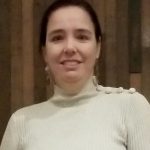 “It was an honor to be nominated,” Snyder said.

She was presented her award during the annual NCSTA Conference Nov. 14 in Winston-Salem.

District Six of the NCSTA is comprised of nine counties including Stanly, Cabarrus, Union, Rowan and Mecklenburg.

Snyder found out she won while checking her email during a Stanly County Board of Education meeting.

“It was a good school board meeting,” she said.

The awards are presented to science teachers “who exemplify excellent, creative and innovative teaching of science,” according to a NCSTA press release.

Snyder has been at Oakboro STEM since the school opened two and a half years ago.

“It’s been a lot of fun, I’ve enjoyed it immensely,” she said of her time at the school. “I get to interact with the teachers and the students (from kindergarten to eighth grade) so it’s the best of both worlds.”

“Ms. Snyder has been instrumental in bringing STEM to our students and staff at Oakboro STEM  in a unique and creative way,” Dombrowski said. “She works hard to help our teachers bring lessons to life and make our community a part of the learning experience, whether it’s through virtual reality, problem-based learning or the robotics competitions held throughout the county. Her commitment to promote a love of science is endless and I am thankful to have her on our team.”

“Jennifer won the outstanding science award because of her dedication and commitment to work year-round and finding professional development, STEM practice and any resources possible to help her school, teachers and students gain access to real-world hands-on learning,” said James.

One of Snyder’s achievements last school year was helping Oakboro purchase a Virtual Reality System — referred to as the HTC Vive. With the VR technology, the students can be taken anywhere — to space, to the oceans, into the human body.

“It’s another tool for the curriculum and students are using it all the time,” she said of the VR technology.