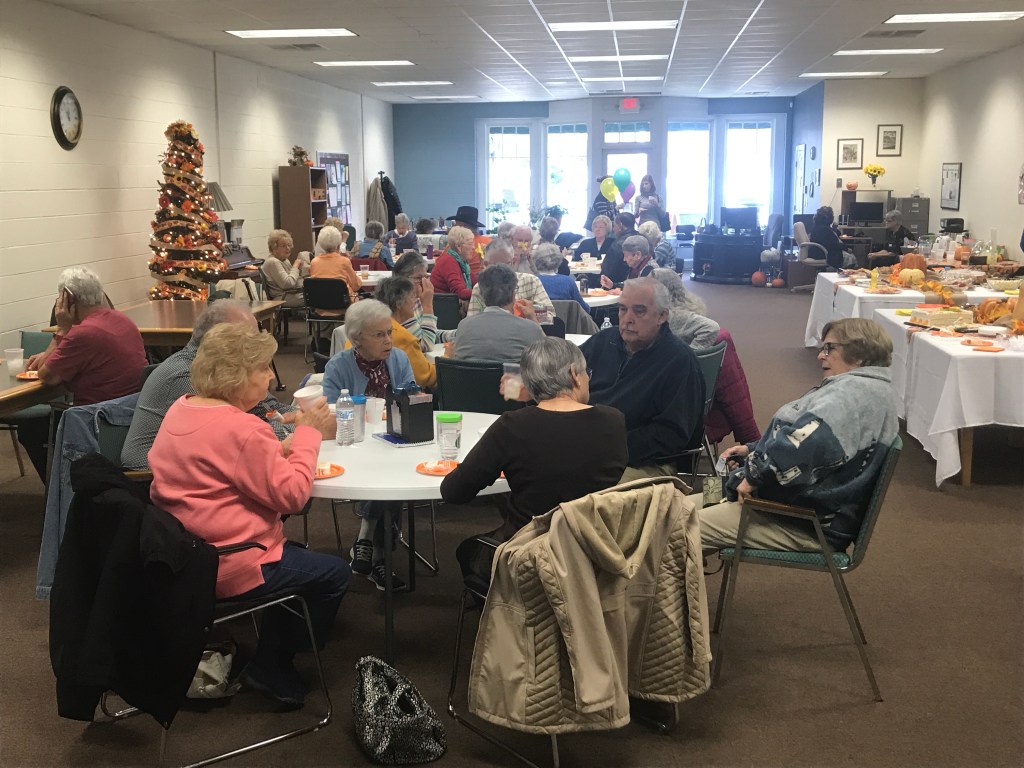 A crowd gathered at the one-year anniversary celebration at the West Stanly Senior Center.

People from around the county came to the West Stanly Senior Center Thursday morning for food and fellowship to celebrate the center’s one-year anniversary.

“I’m excited that we have an opportunity to serve more seniors,” Becky Weemhoff, director of Stanly County Senior Services, said.

“It’s been amazing how it’s grown every month,” Bigger said.

The center has recently been averaging more than 30 people per day, Weemhoff said.

Bev Staples of Red Cross has been coming to the senior center for four years. She teaches a jewelry-making class.

“It has been wonderful,” she said of the collaboration between the county and YMCA. “We have a place to come to that is inviting and warm.”

Tony Nichols of Locust has been coming to the center for three years and enjoys playing cards and bingo. 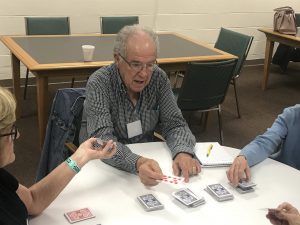 Tony Nichols plays cards with others at the West Stanly Senior Center.

Locust City Manager Cesar Correa said the center is a boon for many of the area’s aging population.

“We are so proud of the work happening here in Locust Town Center, and we look forward to seeing it’s continued success,” Correa said. “I think participants are relieved that they have a centralized location where professional staff is working on programing and activities for them to enjoy.

“It is important for our seniors to know that we’re here for them, and that we’re looking out for them.”

“The residents of Red Cross, Oakboro, Stanfield and Locust, as well as those living in and around the communities of Ridgecrest, Bloomington and Frog Pond, now have a more convenient facility to access programs and events focused on seniors,” Lucas said.

“It’s really a beautiful community that we have out here,” Bigger said.