Pastor writes book about getting closer to God

The book is a roadmap for personal renewal and a way to help people experience more of God’s power, he said. 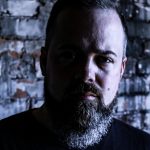 “Encounter” is based on the biblical story of Gideon, who after an encounter with an angel, initially doubted the power of God and requested proof of God’s will.

His book also talks about the importance of church revivals, which he describes as an awakening that “crosses cultural lines and goes into the secular world.”

“Encounter” chronicles historical examples of revivals including the Second Great Awakening and its leader, Charles Finney, during the early 19th century as well as more modern revivals like the one involving the Mennonite Church in the 1950s.

The book is an extension of his ministry, which has taken him around the world teaching people about God.

DiDio said churches around the world have adopted the book for their small-group studies.

“We’ve been very pleasantly surprised by its reception and success,” he said.

The Albemarle native grew up an atheist and was speculative about the “veracity of Christianity” since many Christians he encountered lacked conviction in their beliefs.

After DiDio became born-again, he was working in an international prayer center in Columbus, Ohio and discovered that though a lot of Christians wanted to know more about God, “they didn’t know how,” he said.

His time praying one-on-one with more than 100,000 people ignited in him a passion for prayer and revival that led him to found Encounter Christ Church in the early 2000s.

His experiences during his time in ministry interacting with people struggling to know more about God was also the impetus for the book.

“Every believer is looking for ‘more’ and this kind of helps them find the ‘more’ they’ve been looking for,” DiDio said.

The book can be found on Amazon.

For more information on DiDio or his church, visit encountertoday.com.