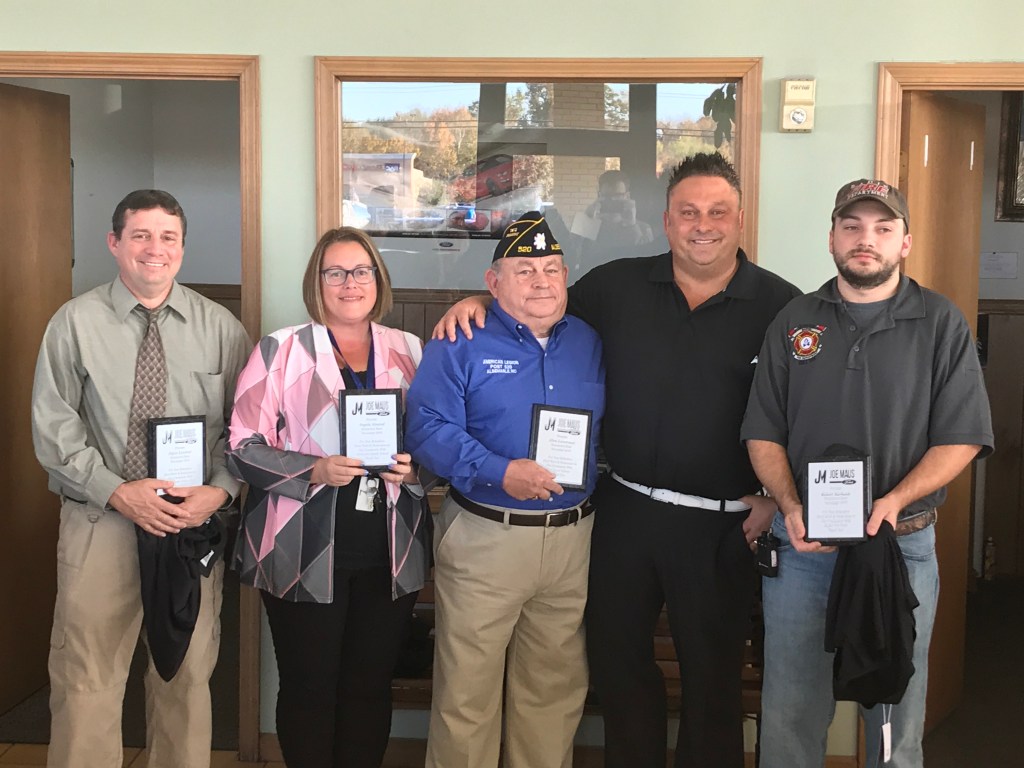 Joe Maus honored eight people throughout the community Wednesday afternoon at his two Albemarle car dealerships as part of his monthly “Hometown Heroes” event, which began in October.

Each month two veterans, teachers, law enforcement officers and firefighters will be honored at both Joe Maus Chrysler Jeep Dodge and Joe Maus Ford. In December, one person from each category will also win an award for the year and be honored at Maus’ holiday party in Charlotte.

“We appreciate all of you so much,” Maus said. “Without you guys, we don’t have freedom, we don’t have a community and we surely aren’t granted the opportunity that we got right now today.”

“This is humbling to be recognized by my peers,” Lawrence said, adding that he considers it one of the highest honors of his career. 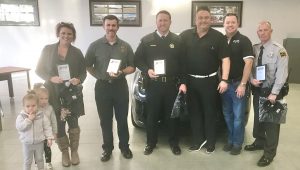 West Stanly firefighter Jason Almond, who accepted the firefighter award, said it was too difficult to pick one individual so they collectively picked the fire department.

“It’s very humbling because I was voted on by my staff,” said Carolyn Smith, who teaches a combined first/second grade class.