North Stanly falls in second round in Edenton 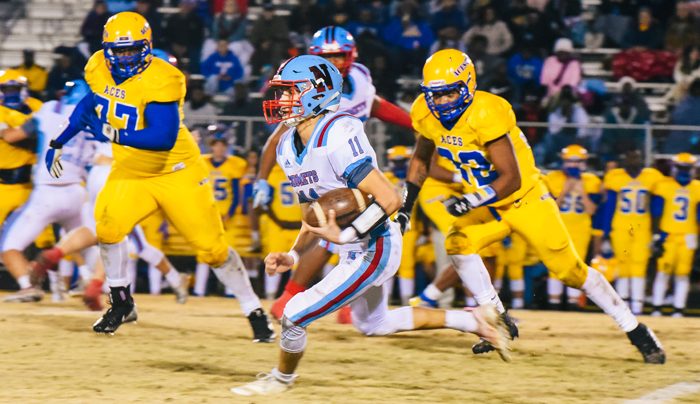 The North Stanly Comets football team lost in the second round of the 1AA East Region Friday night at John A. Holmes in Edenton, 49-7.

North’s only score of the game was a first-quarter 15-yard touchdown pass from quarterback Luke Shaver to wideout Joseph Benfield.

“We played a good, tough team. I was so proud of my team tonight. They never gave up and played hard,” North head coach Scott Crisco said.

The Comets finished the season 7-6 overall for the team’s seventh straight season of finishing .500 or more.

“We played hard and improved throughout the season. To be picked to finish fourth or fifth in the conference and finish second, making it to the second round of the playoffs, says it all for the heart and character of this year’s team,” Crisco said.