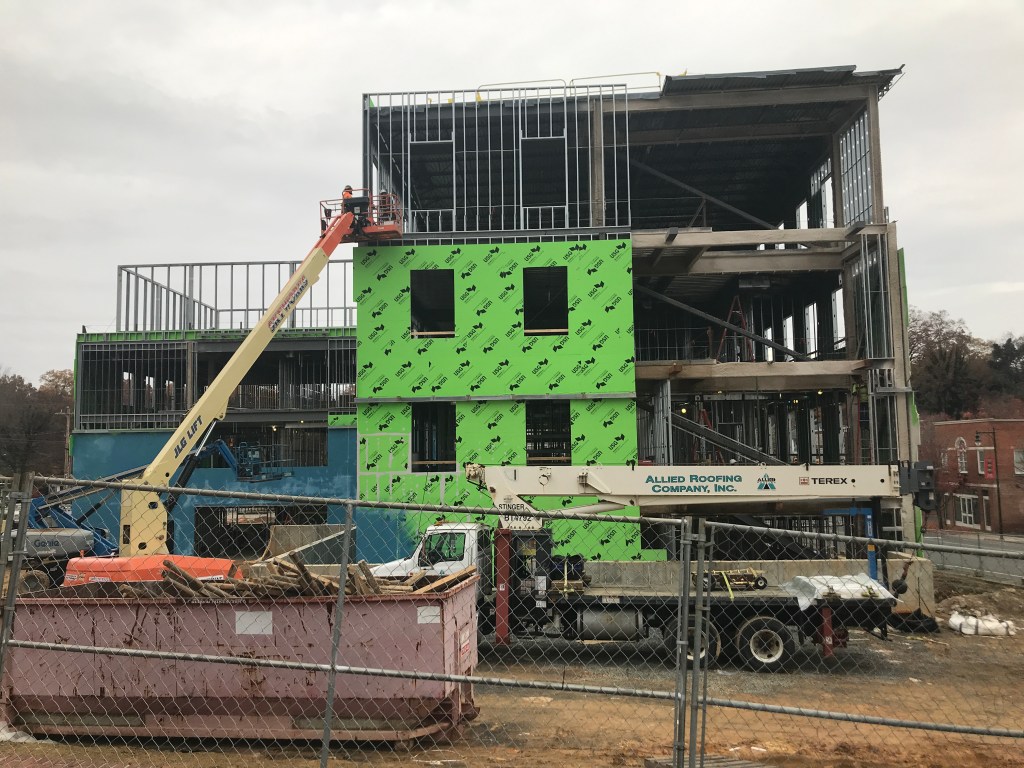 Albemarle has achieved a milestone this year with regard to economic development. The city has issued building permits totaling $32.7 million.

This exceeds the previous record amount of roughly $30 million in 2015, according to Mark Donham, economic development director for the city. It’s also a 142 percent increase from 2018, when the total permits were roughly $13.3 million.

There have been several construction projects this year that have exceeded $1 million:

• The Reserve apartments at 2000 Woodhaven Dr., which totals roughly $7 million.

• A new county EMS base being built in Albemarle at the corner of Hilco Street and Banard Street, which totals roughly $2.6 million.

• Wal-Mart renovations, which total around $1.1 million.

• GHA Autism Supports is building a 50-acre facility at the base of Morrow Mountain, which totals roughly $2.4 million. According to GHA’s website, the facility, called Morrow Valley Farmstead, will be a 10-bed home that “will provide specialized services for aging individuals with Autism Spectrum Disorder (ASD) and other developmental disabilities with a focus on age-related developmental and physical needs, and care for chronic and/or debilitating medical conditions.”

There have also been 18 single-family houses that have either been built or are under construction this year, up from 17 last year and the most since at least 2012, Donham said.

“I think it shows that the City of Albemarle is continuing to grow in both retail and residential,” Mayor Ronnie Michael said.

Calling Albemarle a “destination place,” Michael added, “This growth will continue to lead to additional business and individuals looking to locate in a city that shows support and looks for many positive developments in our future.”

The county has benefited from Albemarle’s success.

Stanly’s permit values have increased 41 percent this year to $113.7 million compared to all of last year at $80.7 million. The 2019 value is only through October, so there’s a chance the number could be higher by year’s end.

The 2019 permit values “have exceeded anything we’ve done in the 10 years I’ve been here,” County Manager Andy Lucas said. The total permit value for the county in 2009 was $50.2 million.

So far, 743 permits have been issued in the county, up from 583 issued in 2018, according to Carol Almond, director of Stanly County Central Permitting.

Lucas said the strongest economic growth this year has been in Albemarle and Locust. He said the new Pfeiffer University building in downtown Albemarle has been a big reason the county’s permit values increased so much this year.

Locust has issued 141 new house permits and four commercial permits for $26.5 million, a 76 percent increase over the number of permits issued in 2018 (80 for a value of $13 million), according to Locust Planning and Zoning Director Scott Efird. The previous high for number of permits issued was 85 in 2016. The biggest project for the city this year has been the new KFC, totaling nearly $1 million.