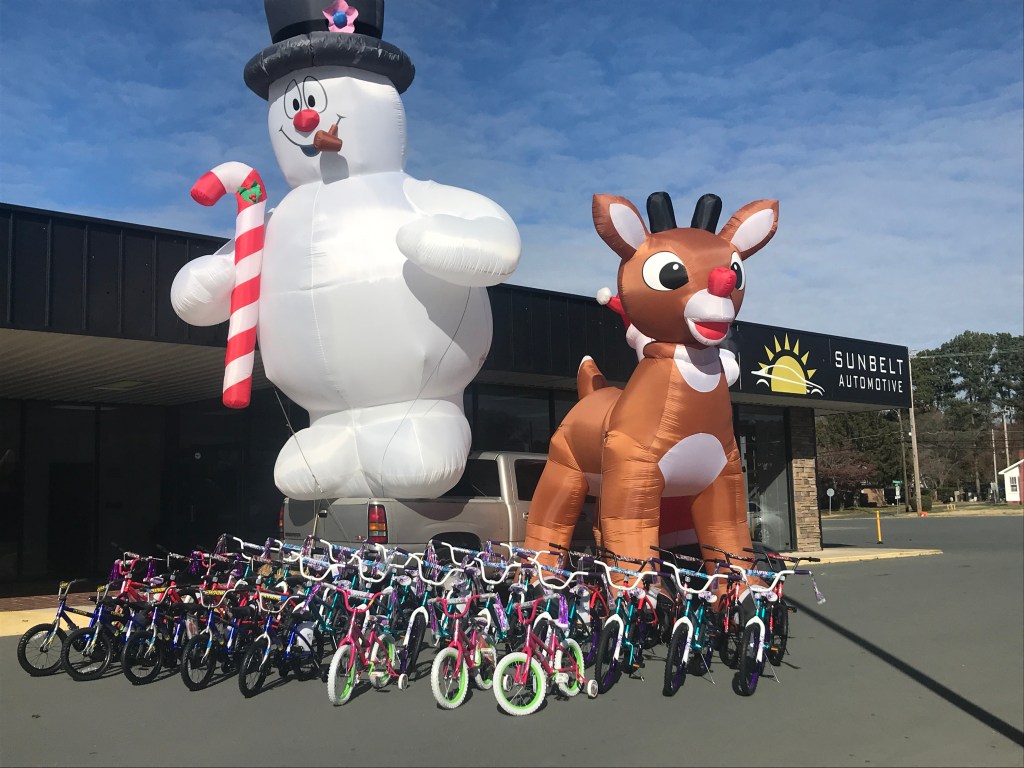 Sunbelt Automotive has collected 33 bicycles for children in the community.

Sunbelt Automotive in Albemarle is working to make sure children have a happy Christmas this year.

The company, located along U.S. Highway 52, has collected bicycles which it will pass out to underprivileged children (ages 5-12) in the county in partnership with Stanly County programs Holiday Heroes and Red and Blue Christmas Rescue, which treat children to a meal and shopping trip.

“There’s no room for cars in the showroom…we’re officially Santa’s bike shop now!!!” the company recently wrote on its Facebook page.

Sunbelt collected 33 bicycles from Academy Sports in Concord and received helmets from Albemarle Parks and Recreation.

“We’ve talked about doing this for the last year, but we weren’t able to get it together in the right time frame last year,” Sunbelt Automotive President David Coltrane said.

Coltrane said they reached out to the two programs about a month ago.

He said Sunbelt got a list of all of the children in the two programs, including their gender, age and first name, to make sure each bike was appropriate for each child. The bikes will also have a name tag with each child’s first name.

The children will receive the bikes after they shopped for toys at Walmart.

Though this is the first year Sunbelt has partnered with the two programs, the company plans to make Bikes for Tykes an annual event.

Coltrane said it’s important for Sunbelt, which has been in Albemarle for six years, to hire local employees and give back to the community.

“We want to be part of the community, not just a retailer,” he said.

Coltrane is looking forward to seeing the smiles on the children’s faces as they claim their bikes.