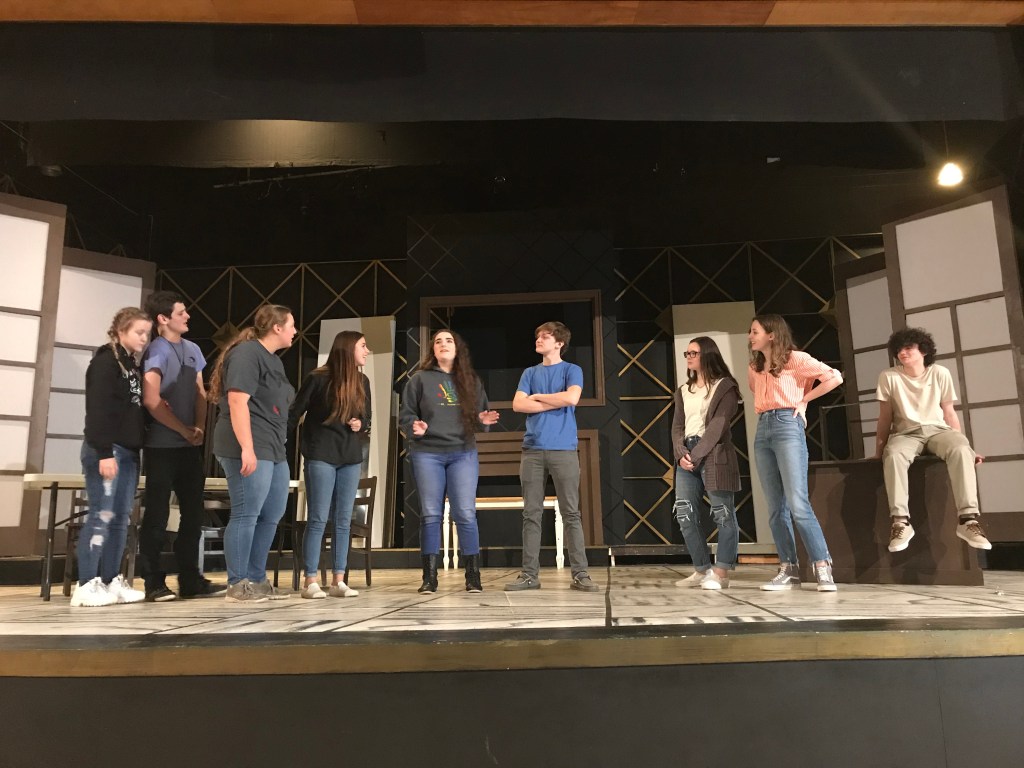 The play, “Christmas Belles,” written by Jessie Jones, Nicholas Hope and Jamie Wooten, centers around the misadventures of the Funtrelle sisters — Frankie, Twink and Honey Raye — as they try to put on the annual Christmas play at their church in their small Texas town despite the chaos (kidney stones, arson, vengeful sheep, food poisoning and sabotage) that exists around them.

As they are putting on the play, “everything that can go wrong goes wrong,” WSP director Wes Tucker said.

In the midst of the craziness, Tucker said both Kings — baby Jesus and Elvis Presley — will make appearances.

“It’s very, very funny,”  Tucker said. “It gives people something to laugh about and then get in the mood for the holidays.”

He said the dysfunctional nature of the Funtrelle sisters “makes you appreciate your family more.”

The group has been rehearsing four to five days a week since October. There are 24 actors in the play along with about 10 students helping behind the scenes. The students also build and paint the sets.

This is the West Stanly Players’ 49th season and Tucker’s 23rd as director.