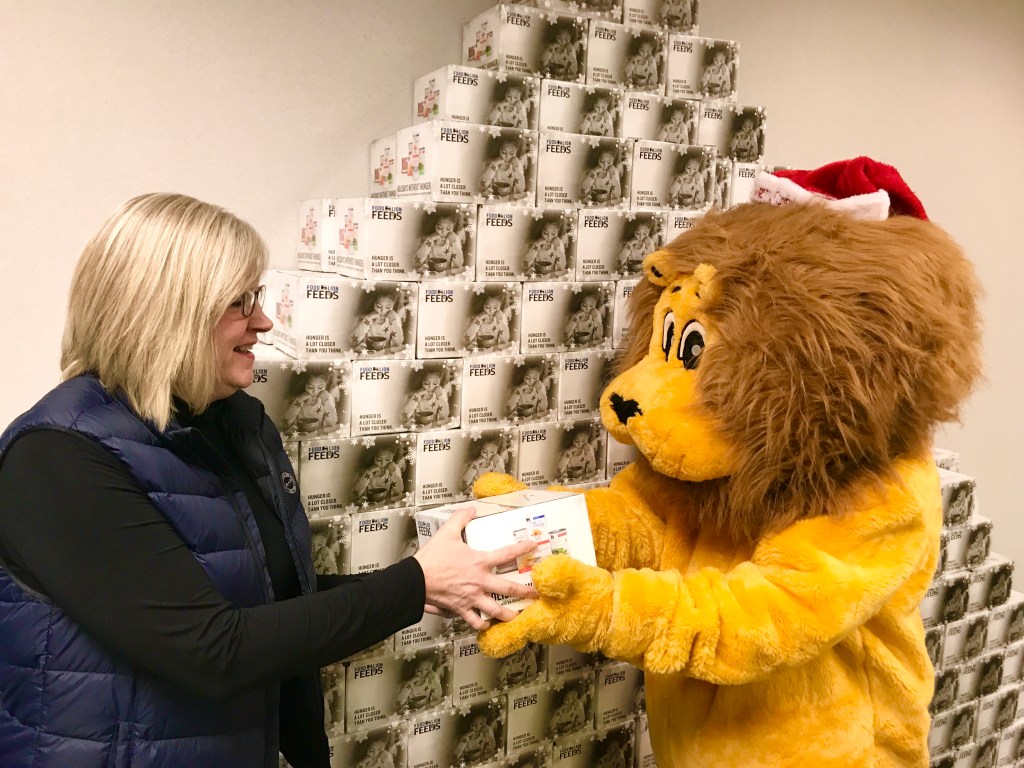 Stanfield Elementary Principal Jessie Morton receives a box from Leo the Lion as part of the Food Lion Feeds initiative to help provide food for families.

Food Lion is doing its part to make sure local students and their families have food for the holidays.

The boxes will likely be placed in the system’s backpack program and sent home with the students in time for the Christmas break.

Each box contains a can of green beans, spaghetti noodles and sauce, mac and cheese, chicken and rice and can feed a family of five, said Tim Frick, manager of the Food Lion store in Oakboro.

One in eight people struggle with hunger in the United States and one in six children face hunger every day, according to Food Lion’s website.

Food Lion, which is based in Salisbury and has more than 1,000 stores across the Southeast and MidAtlantic, has already donated more than 500 million meals to families and it plans to donate 1.5 billion meals by 2025.

“It means everything to us,” Locust Elementary Principal Devron Furr said about receiving the boxes. “It’s the season of giving and for a lot of our families…this is going to help with their Christmas and help them with the holiday season.”