A former juvenile probation officer who spent years working in Stanly, Richmond and Anson counties has written a book detailing the parallels between gangs and the church in an effort to provide churches and faith-based organizations with an understanding of the motives of gangs.

In Robert David’s new book “Gangs vs. Kingdom: Battle for the Next Generation,” he writes that gangs operate under “a perverted trinity.” 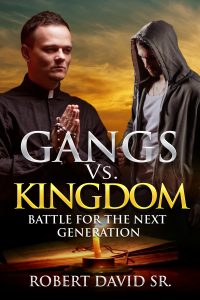 “Over time, I realized that gangs operate under a trinity just as Christians operate under a trinity,” David said. “For gang members, their God is money. Their Jesus or their Messiah is their OG [Original Gangster] because whatever instruction they receive comes from their OG or leader. Their Holy Spirit — which will comfort them or come to their aid — is other gang members.” 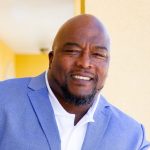 David said that similar to the Bible, gangs have a book of knowledge which teaches them the rules of the gang and dictates how they operate.

He said the things most people shun — such as getting in trouble at school — “the gang embraces.”

And he stressed that contrary to many typical stereotypes of gangs, anyone can be a member.

He also writes about evidence-based solutions for churches to try and reach out to youths affiliated with gangs.

David, who is a minister and has been the Youth and Gang Violence and Prevention coordinator in Danville, Va. since 2018, said faith-based organizations must first form relationships with young people and understand the history of urban gangs.

David said churches in communities need to come together to mentor individual youths, including making sure they are getting to the bus stop and are involved in recreational activities like sports, with the hope of recruiting them away from the gang.

Just as gang members work to recruit other members, David said if enough youth are pulled out of gangs, they can then go and help recruit their friends to also leave.

“If faith-based organizations don’t give young people a place to operate in their purpose, then gangs will,” David said. “That’s the battle. If we don’t find a relevant way for young (people) to manifest who they are — and to be able to look past some of their indiscretions because they don’t look like us or act like us — then these young people are going to go to the street. The gangs facilitate that.”

Originally from Richmond County, David worked in Stanly, Richmond and Anson on-and-off from 2009 until 2018.

His book is available on Amazon as a paperback and Kindle eBook.