Back in 1978, a small group of Stanly County parents came together to pursue better supports for their youngsters, all of whom had been diagnosed with Autism Spectrum Disorder.

From their efforts, a small residential facility housing five children and a small staff was established. The organization was incorporated as Group Homes for the Autistic.

Over the next 41 years, the organization grew to become highly respected and internationally recognized for its services and programs.

It is now known as GHA Autism Supports, serving individuals with autism at multiple locations, with operations in Stanly County and New Hanover County. 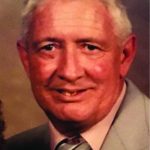 And according to three close associates, Robert W. Thompson, who died on Sunday at age 84, was key to the organization’s success.

“If not for Robert, GHA would never have come about,” David Mueller, the organization’s first CEO, said.

“He was our driving force,” said Dawn Allen, who currently serves in the organization’s top position.

Larry Durrett, a member of the original group from which the organization evolved, recalled the group’s early days.

“There were no programs available in Stanly County Schools at the time for children with autism,” he said. “Robert, myself, Marie Smith (a special education teacher), Julius Cohen (a Norwood parent) and some others met and sought to change this. We were successful, and the first program took place in a classroom at First Lutheran Church in Albemarle. It later evolved into an effort to establish training opportunities for the students.”

“(Robert’s) original vision evolved from the idea of training residents and sending them back home after six months or so…we learned quickly that was not feasible,” Durrett said.

After being elected president of the organization’s board, Thompson was persistent in pursuing funding for the fledgling association. Through his leadership, a $75,000 grant was secured to open the first residential facility off N.C. Highway 24-27, after which the program began to grow and develop.

Mueller described Thompson as very supportive of his efforts during the organization’s first few years.

“Anytime I needed something, he was there,” he said, “and he always was able to offer good, sound advice.”

Allen, who succeeded Mueller as CEO in 1984, also described Thompson as a positive and encouraging leader.

“The first time I met him was in 1981, when I first came to work for GHA,” Allen said. “He was the board president and worked very closely with me.”

“He was always eager to be on the cutting edge,” she said.

“When he had an idea, he went for it,” Mueller added. “He always felt there was something better we could do for the disabled.”

Thompson’s determined leadership also enabled the organization to survive some storms in the early going.

“Funding was a big issue in the early years…there were two times he had to fight hard to keep us going,” Mueller said.

Following those early years, GHA grew in budget, facilities, services and locations, but Thompson remained a constant presence. Upon stepping down from GHA’s board, he had served for 41 years, 27 of which he served as the group’s president.

And those who served and worked with him all describe an unselfish man who earned the respect and admiration of those around him.

“GHA came about through the efforts of a number of people, but Robert was our true leader,” Durrett said. “He was not a big speaker, but he could get people interested and involved. He was a steady hand over the years.”

Allen described Thompson as a good and effective leader, evidenced by what GHA has grown into.

“He took it from a program serving five residents to what it is now,” she said.

“Robert was a good, common sense leader with a big heart,” Mueller said.

Allen recalled an example of the positive support for which Thompson will be remembered from her interview for the CEO position in 1984.

“As we finished the interview, he looked right at me and said, ‘I see a lot of potential in you.’ That was the best and most encouraging thing anyone could have said to me at the time,” she said. “He was my guiding force over the years.”