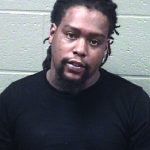 During the investigation, Amaud Jaquane Allen, of Albemarle, was found with 24 grams of fentanyl. He was arrested and charged with one count of trafficking opium or heroin, one count of resisting a public officer and one count of possession with intent to sell and deliver fentanyl.