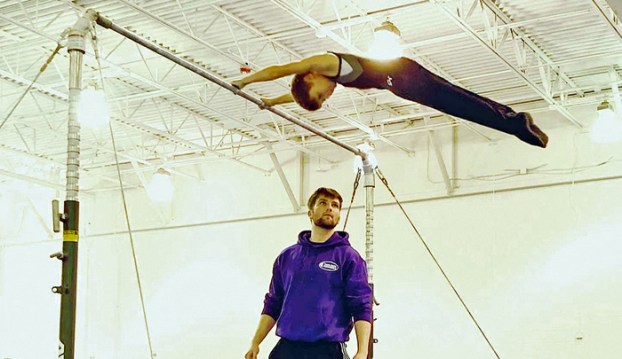 Stanly County Gymnastics’ Luke McKibben placed second on the high bar in the 9- to 10-year-old division at the Boudreaux Classic in Cary.

This competition is named after Robert Boudreaux, who has more than 40 years experience in gymnastics, is a member of the Gymnastics Hall of Fame, a USA Gymnastics judge and meet referee and a staff member at Stanly County Gymnastics.

McKibben (9- to 10-year-old division) placed second on high bar, second on parallel bars with a 9.1 and fourth all around with a 52.3.

Singleton (7- to 8-year-old division) won second on floor exercise and high bar and third on vault with a 9.1.

Washington (11+ year old division) took third all around, second on high bar, and first on vault with a 9.15.

In the level 5 session, Ferris won fourth all around, third on floor exercise and second on vault with a 9.3.

The next competition for the SCG Boys Team will be in Rocky Mount in January.

The West Stanly women’s basketball team fell to 5-4 overall and 0-1 in the Rocky River Conference with a 51-42... read more