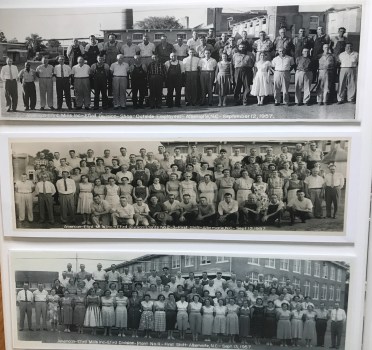 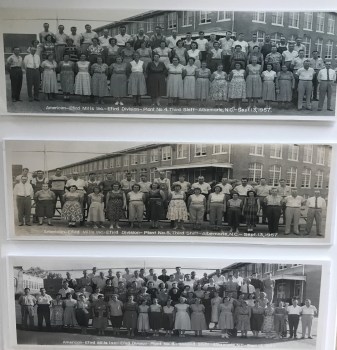 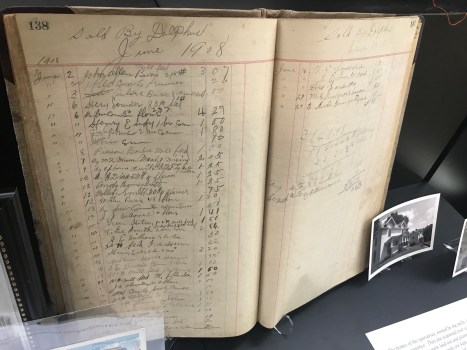 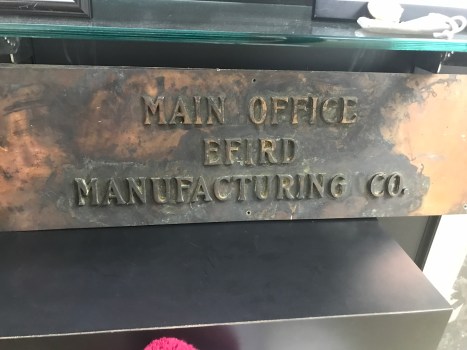 The Stanly County Museum is featuring a history of mill life in the county, beginning in 1897, when Efird Manufacturing Company first opened its doors. The exhibit, titled “Mills of Stanly County,” opened in September and will run through mid-January.

Included in the exhibit are black and white photos of mill workers and factories, a Wiscassett Mills baseball jersey, an early 19th century knitting machine, two whistles from Wiscassett Mills and more. The memorabilia is focused around the three main mills – Efird, Wiscassett and Lillian. There is also a short video about the textile mills in North Carolina.

Whenever possible, quotes from mill workers have been included to provide greater context and to let them tell the story.

“It’s one of the most personal exhibits that we’ve done,” Stanly County Museum Director Megan Sullivan said. “So many people here worked for the mills and they were here for such a long time.”

Sullivan wanted to try and let the workers tell the story. She interviewed several workers and also retrieved quotes from mill workers in old Stanly News and Press articles. Many of the newspaper articles on exhibit detail the rise and fall of the mills and how the mill closings, some of them without much notice, affected the workers.

She said mill employees, which included many children, would often work 12-hour days and some likely even contracted brown lung disease due to breathing in the cotton.

Sullivan said people have come to the exhibit and told her their stories of working in the mills. The exhibit has also helped jog people’s memories about what mill life was like.

The idea for the exhibit came from members of the Stanly County Historical Society. Sullivan said it took her about a month to set up the exhibit.

“A lot of people stayed at the mills for 30, 40, 50 years and it was really hard work and I just hope people get an appreciation of what life was like working in these mills,” Sullivan said.