The Dec. 11 death of Terry Lee Blalock of Norwood marked the loss of a dedicated servant to Stanly County as well as the Cottonville and Aquadale communities where he lived. 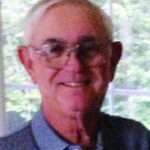 “He was first elected as a supervisor in 2002,” Stanly County Board of Elections Director Kim Blackwelder said.

“Terry has been an inspiration to me,” said Curtis Furr, who has served with Blalock as one of Stanly’s three elected Soil and Water Supervisors since 2010, as well as on the Farm Bureau Board for more than 30 years.

In addition, he was as a member of the Aquadale Volunteer Fire Department for 50 years, and served as a deacon and choir member at Cottonville Baptist Church.

“Terry was never one to speak bad of anyone,” said Furr. “He didn’t dwell on the negatives.
“You just can’t say enough good things about him.”