Inside of YMCA pavilion gutted; renovations should be complete in April 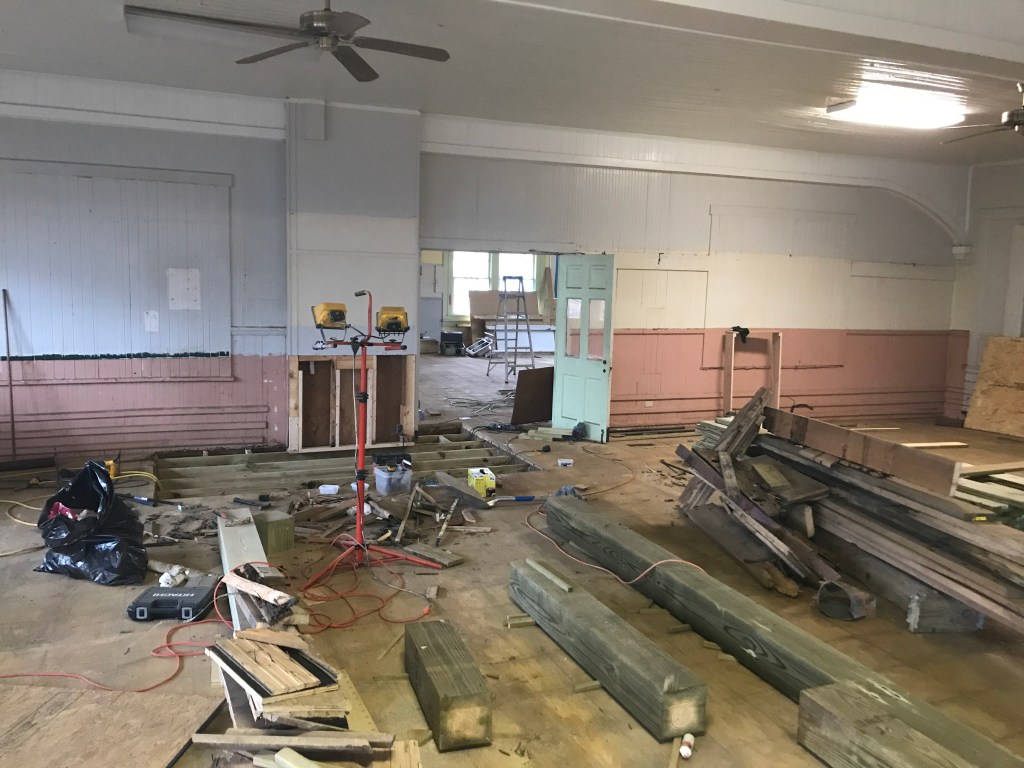 George Crooker hopes the renovation of the pavilion will be complete by the end of April.

The renovation of the C.B. Crook Pavilion across from the Stanly County Family YMCA in Albemarle is currently underway, with the whole inside of the building gutted.

YMCA CEO George Crooker said the inside renovations for the building, which was built in 1918, began around Thanksgiving. He hopes the facility will be completely renovated by the end of April. The students, who usually come to the pavilion for after-school activities, are going to the YMCA.

S & D Construction in Albemarle is renovating the facility.

For the interior, the YMCA is leveling out the existing floor since many tiles have come undone. It is being replaced with vinyl plank flooring. The doors separating the main room and the side room will be removed to create more space. The side room will include a warming kitchen, eating tables, more storage space and a third bathroom, which will be handicap-accessible. 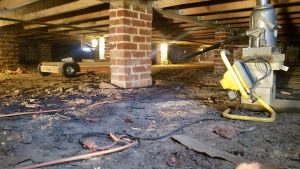 The pavilion’s underground is also being renovated.

The other large room in the pavilion, which was created in 1994, will have new flooring, light fixtures and a paint job.

Once the renovations of the pavilion are complete, there will be “more space and newer space and better use of the space we have,” Crooker said.

For the exterior, the YMCA is going to replace the base of the building with new cedar shakes, refurbish the siding on the upper portion of the building, repaint the building and replace some of the older windows with more energy efficient vinyl windows.

Thanks to donations from various local foundations, the YMCA has raised about $500,000 for the renovations, Crooker said, of which a third will go toward updating the floor.

Other additions include installing a camera system and fire system and adding a projector and screen to the main room.

The pavilion — which was originally utilized by mill workers and was later a roller skating rink — will also be rented out for community events such as meetings and weddings.

“Hopefully it will draw more people into the community,” Family Services Director Kelley Bigger said. “We always want to be about the community and involving people.”

“We’re dealing with a 100-year-old building that we’re renovating and our goal is to make sure that this building is here 100 years from now,” Crooker said.