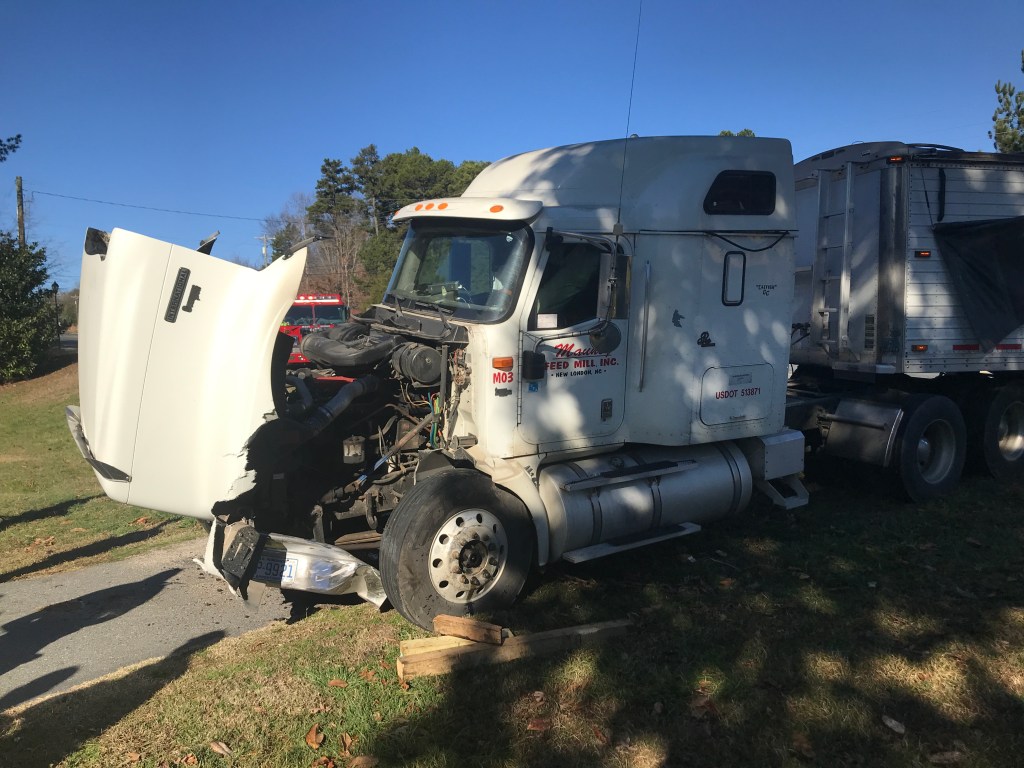 A Mauney Feed Mill tractor-trailer was driving westbound on N.C. Highway 24-27 when it overturned in Locust Monday morning. West Stanly Fire Department arrived on the scene around 6:45 a.m., according to West Stanly Fire Capt. Ryan Moore.

Moore said a small four-door passenger car hit the tractor-trailer. He said there were two other cars that were also involved. Moore said one person went to the hospital with non-life threatening injuries.

Monroe’s hazmat materials team was called to the scene to assist with the oil that was leaking from the tractor trailer, Moore said.

Locust Police Chief Steven Smith said the driver of the tractor-trailer was Kelly Vick, who owns Mauney Feed Mill. Smith said he was take to the hospital as a precaution.