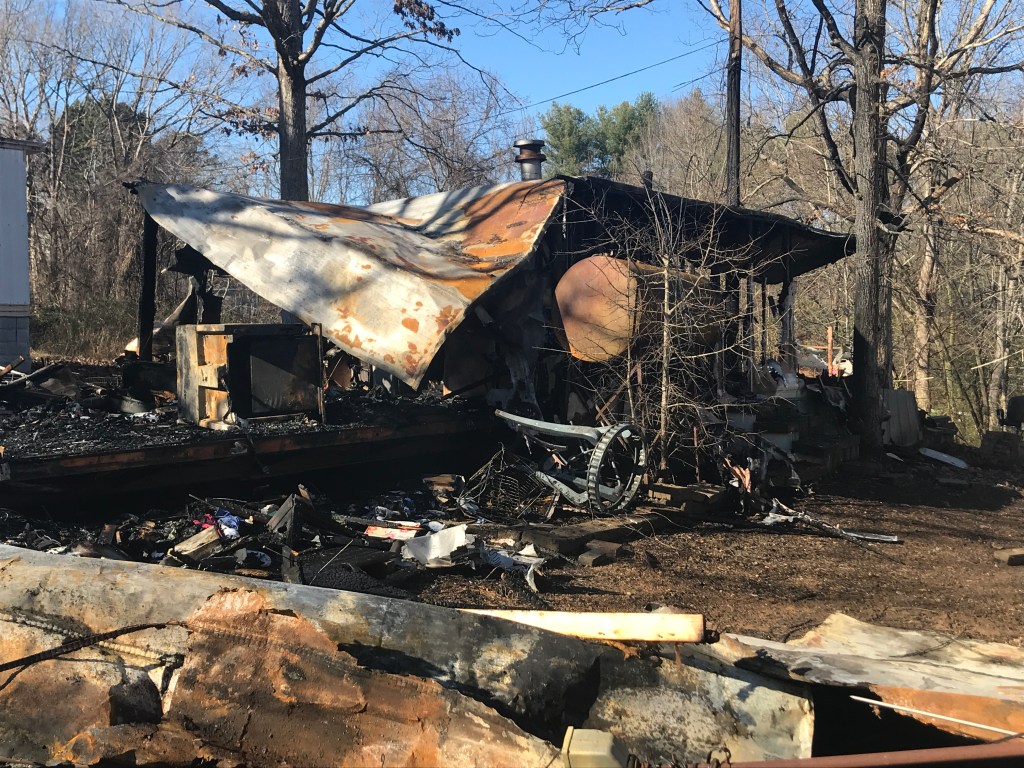 A fire destroyed a mobile home in Albemarle Monday night.

Neighbors called at 6:26 p.m. and mentioned a possible occupant was inside the home. Engine 2 arrived on the scene to an active fire at 6:30 p.m. Firefighters conducted a search and no person was found in the structure.

Engines 1 and 3 along with Battalion Chief Kenny Kendall arrived later to the scene.

Roark said the occupant of the trailer was later found at Burleson Square by Albemarle Police.

Bethany and Endy fire departments were called to handle any additional calls while the Albemarle crews were handling the fire.

The fire originated in the back bedroom, Roark said, adding that the cause of the fire is still under investigation.