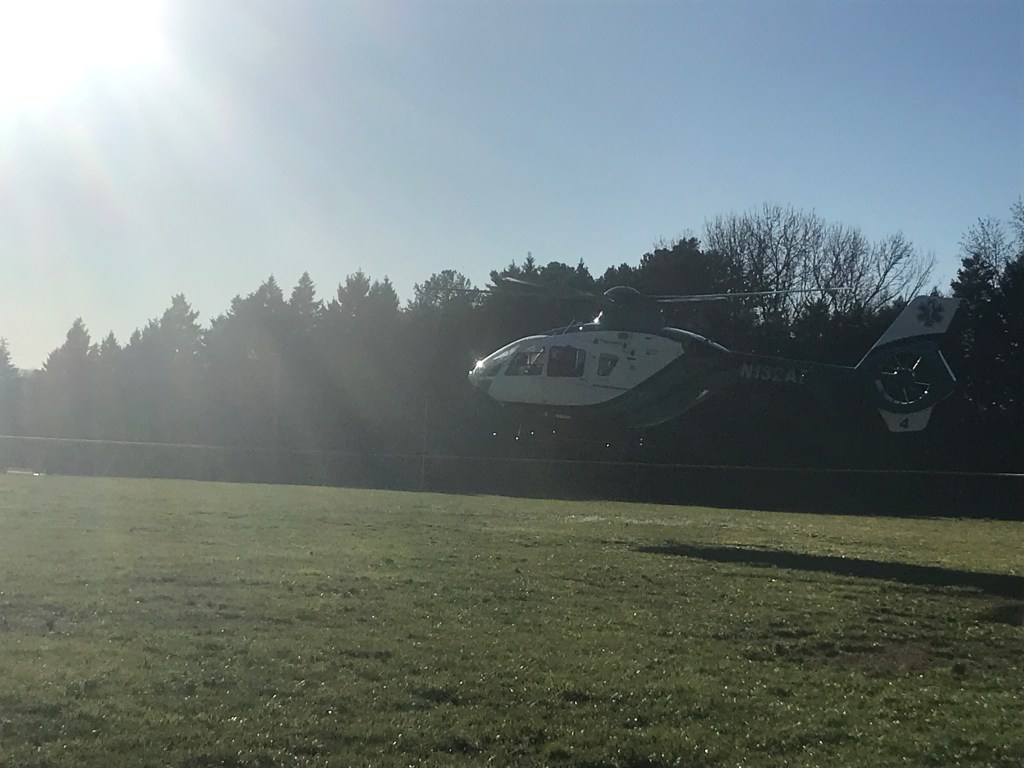 A man who fell 30 feet near Falls Dam was airlifted by MedCenter Air.

A man was airlifted after falling roughly 30 feet off the cliff near Falls Dam Wednesday afternoon.

According to Badin Fire Chief Terry Eudy, the man was riding a horse when he fell, where he came to rest along some big rocks. Eudy said the horse also fell around 90 feet into Badin Lake. Emergency personnel were trying to get the horse out of the water. Eudy said an emergency veterinarian out of Durham was also being deployed.

Eudy said Badin Fire was dispatched at 2:03 p.m., but he’s not sure what time the man fell. Montgomery County Rescue was originally on the scene since the accident occurred on the Montgomery side of Badin Lake.

The man was transported by Stanly EMS from Falls River to the Badin recreation baseball, where MedCenter Air was waiting. The helicopter then airlifted the man at around 3:45 p.m. EMS training officer Dale Chandler said the man was likely taken to Carolinas Medical Center in Charlotte.

The identity of the man is unknown at this time.