Albemarle has hired Britt A. Burch to serve as the city’s first full-time attorney.

According to a city press release, “the position was moved to a full-time position as demand and volume for such services has steadily increased.” 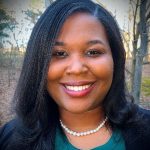 Though not a Stanly native, Burch has local ties as she is a Anson County native and graduate of Anson Senior High School. She earned a bachelor’s degree in Politics and International Affairs from Wake Forest University and a master’s degree in Business Administration from Elon School of Business. She went to law school at Elon University School of Law and holds an active state law license.

Burch also has global experience. She studied Political Government at the University of Ghana, International Business and Employment Law in England and Ireland and Intellectual Property Law in Shanghai and Hong Kong. She also traveled to Nicaragua to assist the organization Doctors Without Borders in its efforts to enhance water purification in rural communities.

“We are excited to have Ms. Burch coming on-board and the skills that she brings,” City Manager Michael Ferris said. “Like all lines of work, local government activities are becoming increasingly complicated and having someone with her skills will provide great value.”

Burch has previous experience in residential and commercial real estate, employment law, healthcare and transactional matters, according to the release. She has gained experience through pro bono initiatives regarding estate planning, bank loan modifications and tax filings.

She previously worked with the City of Greensboro Attorney’s office focusing on employment law matters and most recently worked for Wake Forest Baptist Medical Center, where she developed and negotiated contracts for biomedical research initiatives.

Burch was selected after an extensive search and review process that included an Assessment Panel of City Council members, the mayor and staff.

She replaces David Beaver, who was employed by the city as a contract attorney.

“Our city has many projects going and we are excited to have a fully dedicated legal professional to serve our Council and staff,” Mayor Ronnie Michael said. “We look forward to working with Ms. Burch and we know she will do a great job.”