A gospel play written by a Charlotte woman is coming to the Stanly County Agri-Civic Center at 6 p.m. Saturday.

“A Coat of Many Colors,” presented by Big Faith Productions, was inspired by the life of gospel singer Carolyn Caldwell and revolves around a young woman who goes through several challenges in her life, including dealing with her parents’ divorce, bullying and domestic violence. She is eventually shown the path of forgiveness thanks to help from her grandmother. 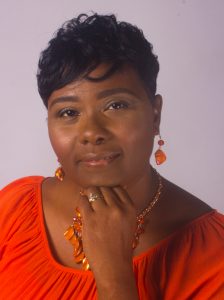 Caldwell said even though the play deals with heavy topics, there are funny moments, particularly with the woman’s “crazy” friend, aunt and uncle.

The play, which is about two hours and includes a roughly 20-minute intermission, features 13 cast members and a full band. It has been performed across the state for the last two and a half years, Caldwell said.

She wrote the play with her husband Jerry in 2017. Though it was her first play, she reached out to people she knew were playwrights for advice. Caldwell said she is writing another play.

Caldwell hopes the play will challenge other people to forgive those who may have hurt them in the past.

“I know a lot of people have challenges when people do things to them…to where they can’t forgive,” she said, “so I would love for people to be free and be able to understand that they really need to talk in forgiveness…”