Stanly County Commissioner Ashley Morgan’s misdemeanor boating while impaired charge was dismissed Tuesday after testing revealed his blood alcohol level was .06, below the legal limit of .08, according to court documents. 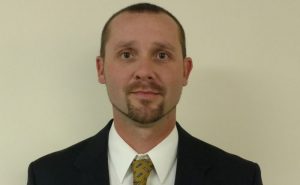 “The test of the alcohol level in the blood revealed an amount below the legal limit for impairment,” Stanly County District Attorney Lynn Clodfelter said.

Morgan’s case had been previously continued while the district attorney’s office was waiting on the lab analysis of the blood, Clodfelter said.

He was charged in June 2019 with a misdemeanor for boating while impaired on Lake Tillery.

Morgan, 39, who has served on the Stanly County Board of Commissioners since 2016, is currently running for re-election.

“I felt exonerated and elated at the same time,” Morgan said upon the case getting dropped. “I can prove to people that I am responsible and that I was not doing anything illegal at the time.”