ELECTION 2020 PRIMARY: After decades of covering commissioners, Warren is running to become one

For three decades, Leon Warren covered county commissioner meetings as a radio news reporter, relaying to the public the important information they needed to know.

He would receive agenda packets beforehand and do additional reporting to prepare for what would be covered. Once at the meetings, Warren would listen and role-play in his mind decisions he would make if he were a commissioner. 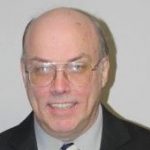 Leon Warren is running as a Republican candidate for Stanly County Commissioner District 5.

He now has his chance to become one of the officials he spent much of his life covering.

Warren, 67, filed in December to run as a Republican candidate for commissioner of Stanly County District 5. He will face off in the March 3 primary with Republican incumbent Ashley Morgan and former commissioner Peter Asciutto.

“I know what county commissioners do,” Warren said. “It’s not a mystery to me.”

Originally from Forsyth County, Warren grew up in Kernersville, a small town east of Winston-Salem. As a teenager enamored with the arrival of The Beatles to America in the 1960s, he knew he wanted to work in radio.

He graduated from the Carolina School of Broadcasting in Charlotte and worked part-time at radio stations in Charlotte and Monroe. He came to Albemarle in the 1970s to work at WABZ-AM and later WABZ-FM. He covered local news and had a morning show.

“I did not want to go to Charlotte because I liked living in Albemarle and I was happy here,” Warren said.

In 1988, Warren took a county job, serving as the first director of the Stanly County Agri-Civic Center, a position he held for 12 years before going back full-time into radio with WSPC in 2000. Warren retired from the radio in 2018, though he still volunteers his time at the station as needed.

While covering local news, Warren said he was always interested by county commissioner meetings and the decisions made. Besides attending meetings, he also attended annual budget retreats and listened to budget presentations. He said it was always in the back of his mind that one day he would like to become a commissioner.

“I think it’s an interesting occupation and I’d like to get involved with it as a participant rather than somebody who reports on what happens,” Warren said.

Including his time as head of the Agri-Civic Center, Warren said he has about four decades of covering or working in government. He said he is aware of the services and responsibilities.

Warren said he could be a team player in working with other commissioners to make decisions that are in the best interest of the citizens of the county.

Warren has been part of organizations such as the Albemarle Lions Club, the United Way of Stanly County Board of Directors and the Stanly County Emergency Planning Committee. He also served as moderator for more than 30 years for the Stanly County Schools high school quiz bowl and pronouncer for the SCS spelling bee. He served on the board of the Stanly County Concert Association and the Uwharrie Players.

“The county is so big and powerful,” Warren said. “It helps the municipalities, it governs a lot of what goes on, it sets the attitude and the tone for a lot of business and commerce in Stanly County and the way of life here.

“I don’t think there’s very many places in North Carolina or in the United States where you could have a better place to live, especially if you want to raise a family and children, or you want to retire or you want to work. We have all types of opportunities available.”