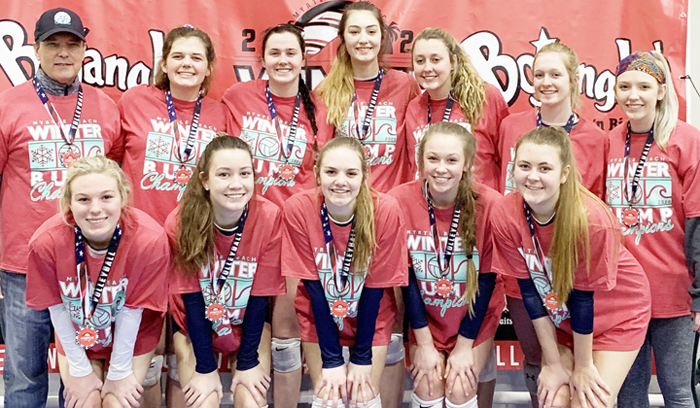 A sporting highlight was claimed by two local volleyball teams this past weekend at the 2020 Myrtle Beach Winter Bump Volleyball tournament.

Ultra Volleyball Club’s 16U and 18U squads each clinched the gold titles for their respective brackets.

UVC’s 18U lineup, featuring a combination of varsity players from West Stanly, North Stanly, South Stanly, and Gray Stone, secured the number-one spot out of 24 teams with a perfect 9-0 record, not dropping a set all weekend.

The 16s swept their competition in an 8-0 victory, only falling in one set.

“I have never been more proud to be a coach than I am now,” said head coach Tom Gray, Ultra Volleyball Club’s director.

“The girls are awesome players and young ladies. The parents and grandparents are the best and extremely supportive. These players and parents are so deserving of the rewards coming their way.”